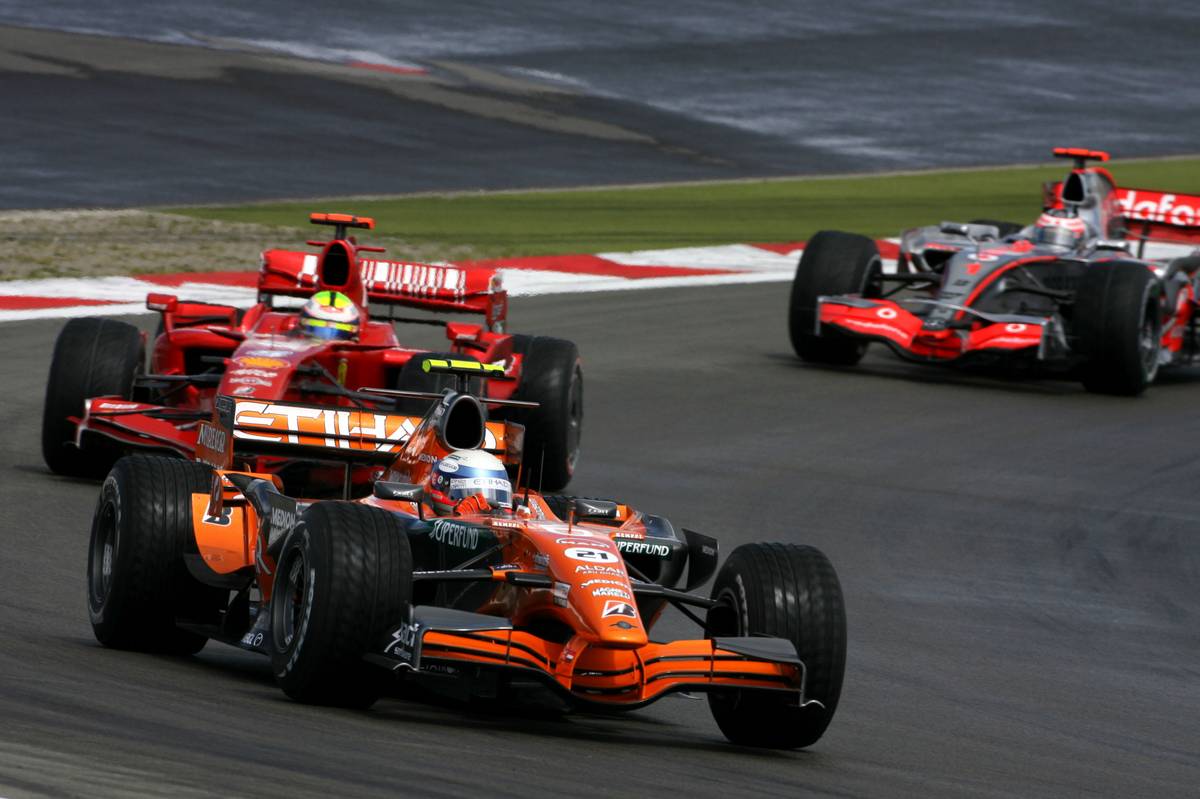 A genuine rookie leading on his Grand Prix debut - and in his only F1 start - is a rare occurrence in the history of Formula 1.

Yet that was the feat achieved on this day in 2007 by young Markus Winkelhock at the European Grand Prix held at the Nürburgring.

The 60-lap race started on a dry track. However, within seconds of the lights going out the heavens opened and chaos ensued.

Red Bull's David Coulthard was the first to skate across the gravel at Turn 5. But he was just the first of many to find conditions becoming instantly treacherous. Within minutes, anyone on slick tyres was finding it impossible to stay the course. 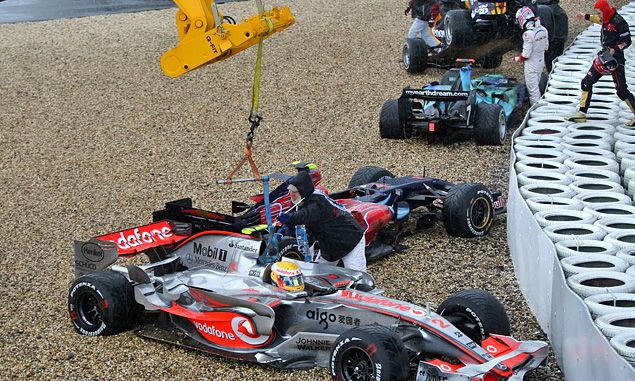 Super Aguri's Anthony Davidson just managed to avoid joining them in the world's most expensive temporary car park. Hamilton kept his McLaren running and rejoined the race after the crane hoisted him clear of the wet gravel.

Spyker driver Markus Winkelhock had been the biggest beneficiary of the chaos. Making his first Formula 1 race start, he had cleverly switched to wet tyres at the end of the warm-up lap before the start. It meant he was leading the race by over 30 seconds by the time the safety car came out!

Inevitably the race was red flagged, and when proceedings resumed the rain had stopped and Winkelhock was swiftly dispatched by the entire field. But the young German had enjoyed a brief moment of Grand Prix glory.

The race was won by Ferrari's Kimi Räikkönen from McLaren's Fernando Alonso, while the second Ferrari of Felipe Massa completed the podium.