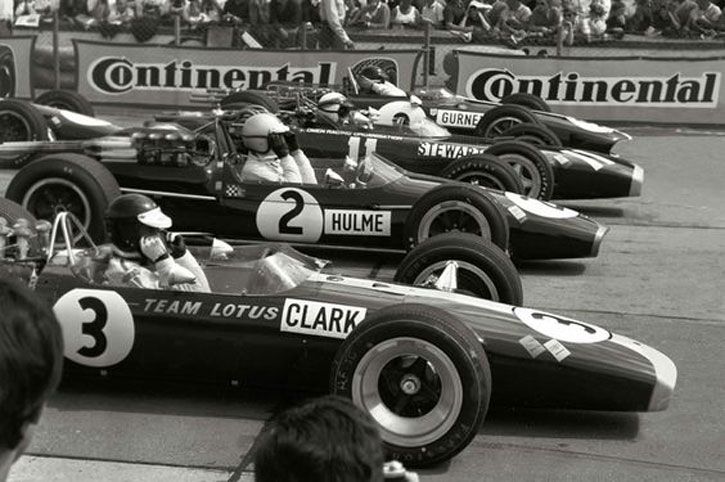 It was four abreast back in 1967 on the front row of the starting grid of the German Grand Prix at the Nurburgring.

After Clark's early exit from the race, the American driver looked all set to win, but a transmission problem put the dark blue Eagle out of contention with three laps of the daunting 'Green Hell' circuit to go, and handed victory to Hulme who would go on to win the championship that year.

Scheckter the lone Wolf delivers a shocker in Argentina!