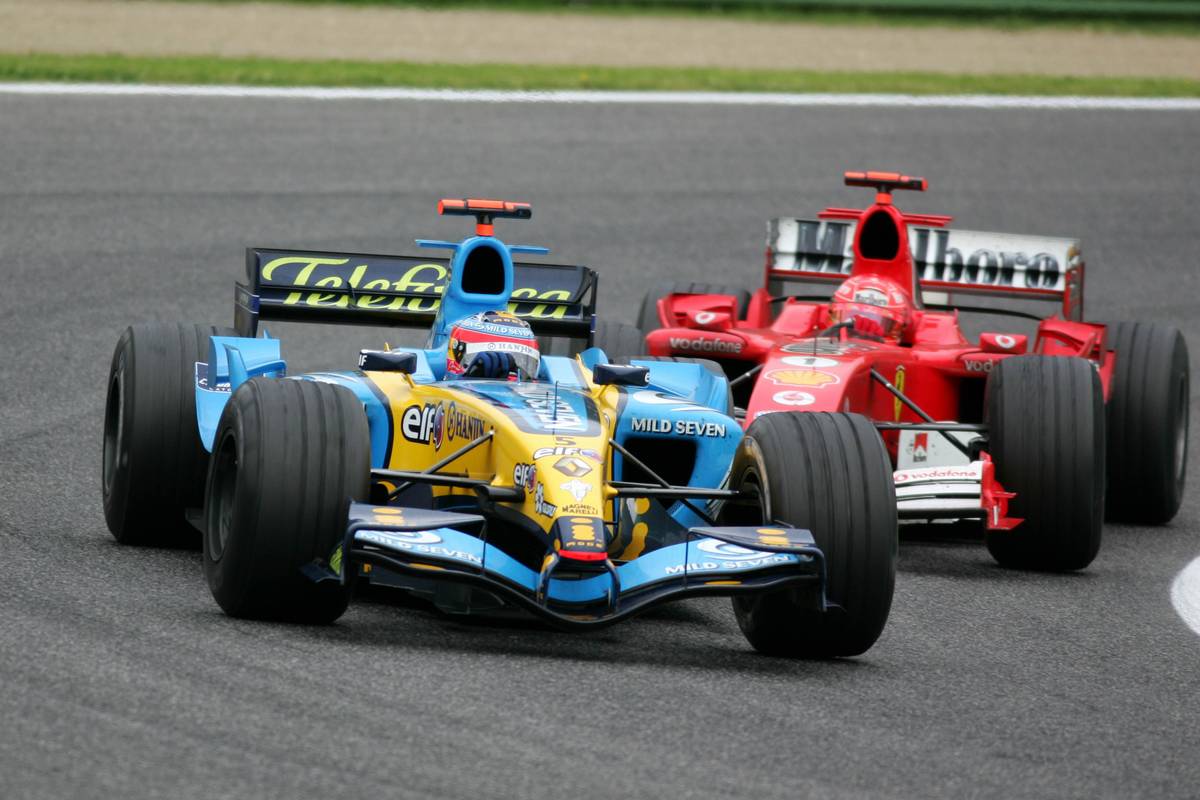 On this day in 2005, Fernando Alonso took a brilliant victory in the San Marino Grand Prix over Michael Schumacher that helped confirmed him on the way to winning that year's drivers championship.

The race at Imola's Autodromo Enzo e Dino Ferrari saw Kimi Raikkonen start on pole, but the McLaren retired from the race after nine laps with driveshaft problems leaving Alonso in control. Even so, the final part of the race saw him hunted down by a charging Schumacher who was fighting back from a disappointing qualifying that had left the Ferrari starting the race from a distant 13th place on the grid and being held up for a large part of the race by Toyota's Jarno Trulli..

Alonso was delighted after managing to hold on to the lead all the way to the chequered flag: "I think this was my best win in Formula 1 so far, because it was different to all the others: I didn't have a gap to allow me to be conservative, and I knew Michael was catching up from behind and that meant I had to push all the way through the race. In the end, it worked perfectly and things were very close in the final laps, but I was 99 per cent sure he would not be able to overtake here in Imola." 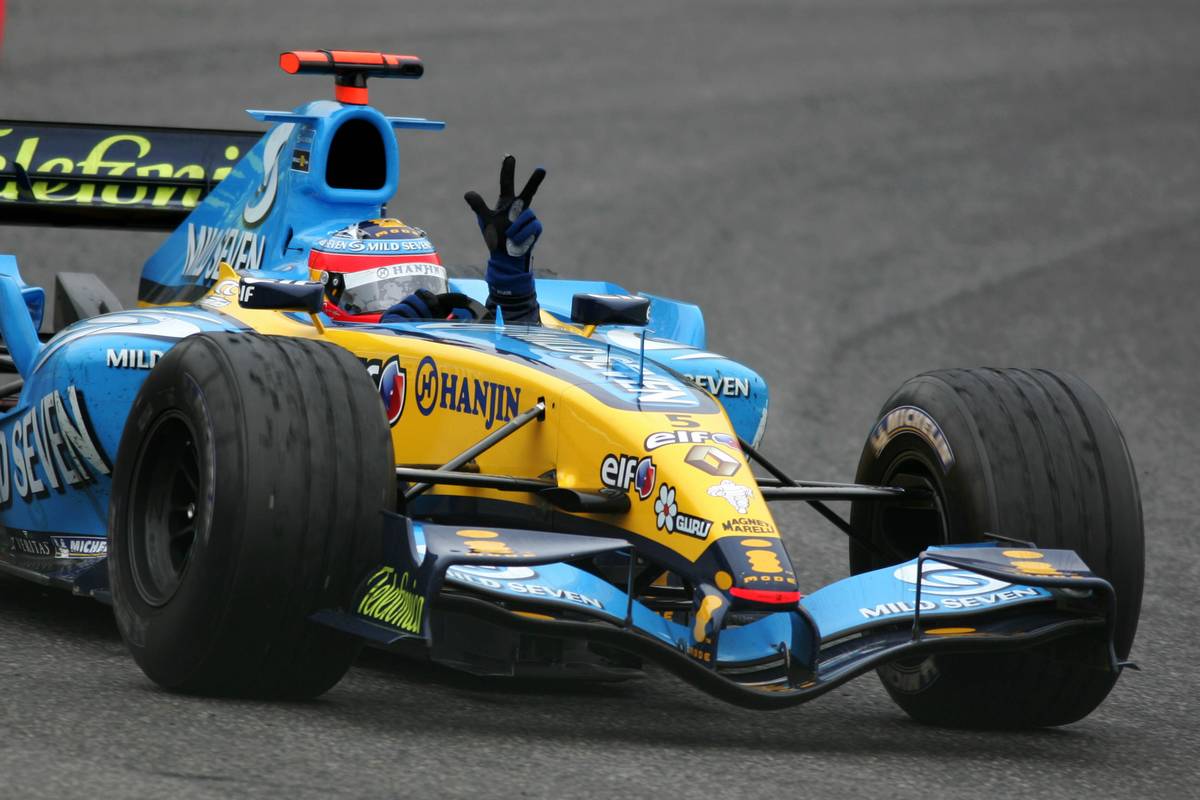 It was Alonso's fourth career win in Formula 1 and his third win that season for Renault after victories in Malaysia and Bahrain. "Three in a row is a fantastic feeling" he said, and it gave him a 16 point lead over Trulli. Alonso never lost the lead of the championship standings for the rest of the season, with Raikkonen eventually moving up to second place ahead of Schumacher by the final race of the season in China.

After winning the 2005 title, Alonso followed it up with a back-to-back championship victory in 2006. But since then the Spaniard has been unable to find follow-up success, with Red Bull's Sebastian Vettel and Mercedes' Lewis Hamilton emerging as the dominant drivers of the last decade.

Max drops in on sponsor Frits van Eerd in Monaco