Most people remember your time at Jordan, but actually you started in F1, with Onyx run by Mike Earle and you were instrumental in bringing the “colourful” Mr. Van Rossem along as a sponsor.

That was an amazing adventure with him as the main sponsor. I don’t know if it was the best thing to happen to me or the worst ever, but there are no regrets. I played with the cards I had in my hand.

Once you quit F1, we never heard much about you or saw you as a visitor at a grand prix.

That’s because I was involved in another race, namely setting up my business and I also had my family and I had young children and I wanted to deal with that. I didn’t want to have kids while I was a racing driver. I stopped racing in ’98. 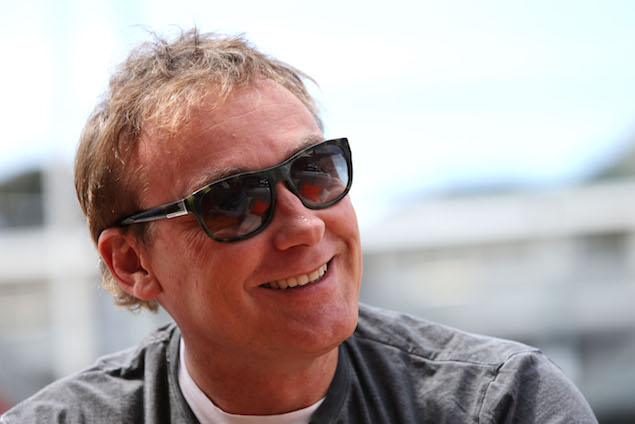 So how come you ended up owning this website?

What I like about F1i.com is it’s a business I started fifteen years ago, after my Formula One career and today we are enjoying great success with it. It’s the biggest French language F1 site and I’m pleased with the way it’s shaping up since we launched it in English earlier this year. I enjoy the fact that, through it, I feel I’m still connected to Formula One.

You’re involved in F1 as a sponsor. What’s your overall impression of the sport right now?

I don’t want to do that old boy thing of saying that, in my day it was much better. I think the show is still amazing although there are things that need to be done, but that was also the case when I was racing.

There is a tendency in F1 for too many people within the sport, team people, journalists etc to be too ready to knock it.

I would say that everyone criticises everything about life these days from taxes to laws and to society in general. But what these people forget is that, even with all the terrible things that go on in the world today, the awful injustices that occur, the world today is still the best it’s ever been: there are fewer people executed for crimes they haven’t committed, there are fewer innocents wrongly imprisoned and even if the world today is far from perfect, very far in fact, it is the best it’s been. And I think one needs to look at Formula One in a similar way. There is plenty to criticise about it, but all the same, it’s an exceptional package, which brings together some incredibly talented people. Now, as a sponsor, I see it as an amazing global platform. 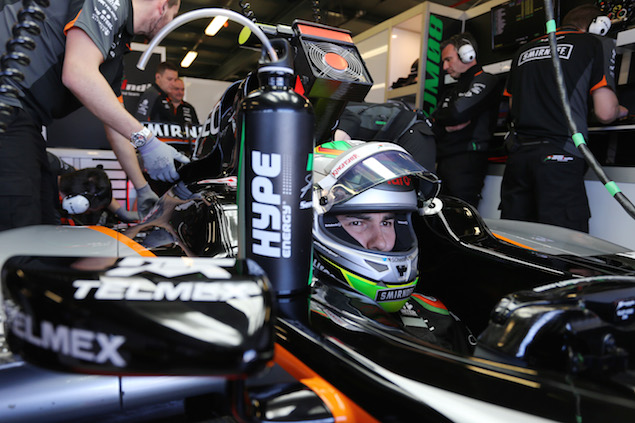 When you branched out into business, you didn’t think of setting up a team or a business in the sport?

No, I enjoy what I do, it allows me a degree of creativity and I love it. But it’s like a race and I’m racing against fantastic brands like Red Bull and Monster.

What are your fondest memories of your time as an F1 driver?

Definitely the pleasure of driving with a V12 engine (the Lamborghini in the Larrousse) with a lot of aero downforce and huge tyres: that’s a pleasure you can never forget. Driving that car here in Monaco was really special. But I’d say the most important thing is the people and the friendships I made over that time. I still keep in touch with a lot of them. 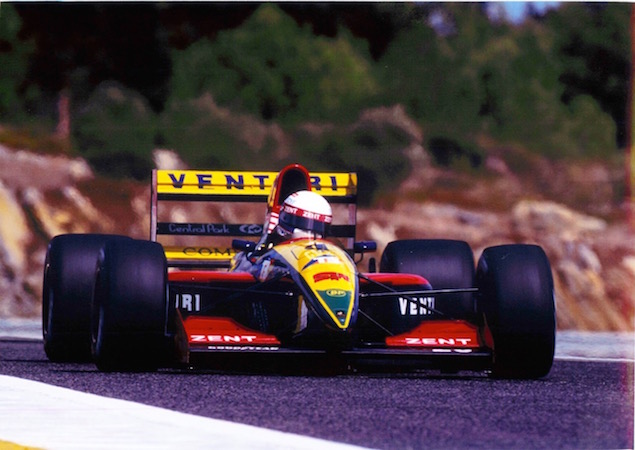 OK let’s talk about the topic that, for better or worse, you are best remembered for. Namely that you inadvertently launched the career of Michael Schumacher in F1, when you lost your Jordan drive as you went to prison over that famous altercation with a London taxi driver, whom you sprayed with a defence spray.

The first thing is that I only have one regret over the incident. My car was going super-well at the previous race in Hungary and I bet that I’d be on pole for the next round at Spa. I was convinced of that. That’s my regret. Apart from that, it was an amazing experience as a human being. To find oneself in prison was mentally incredible and it made me stronger as a person. I told myself that, once I was out, I would enjoy every day of my life. It was 20 years ago and before then I’d never hit attacked anyone, nor have I since. It was unjust, cruel and barbaric what that judge did to me. But I tried to take positives from it and I’d almost thank those imbeciles for what they did because it was an incredible experience.

Don’t get me wrong, I’d have preferred to have been at the grand prix! But it gave me strength and a sense of perspective. I told myself that from that day on, as long as me and my family were free and in good health, I would complain about nothing. It gave me a lot of courage, I learned a lot from it and tried to take the positives from a negative situation. You know I told myself I would have been on pole at Spa, but who knows, I might have had an accident instead. That’s how it was, that’s how it is.