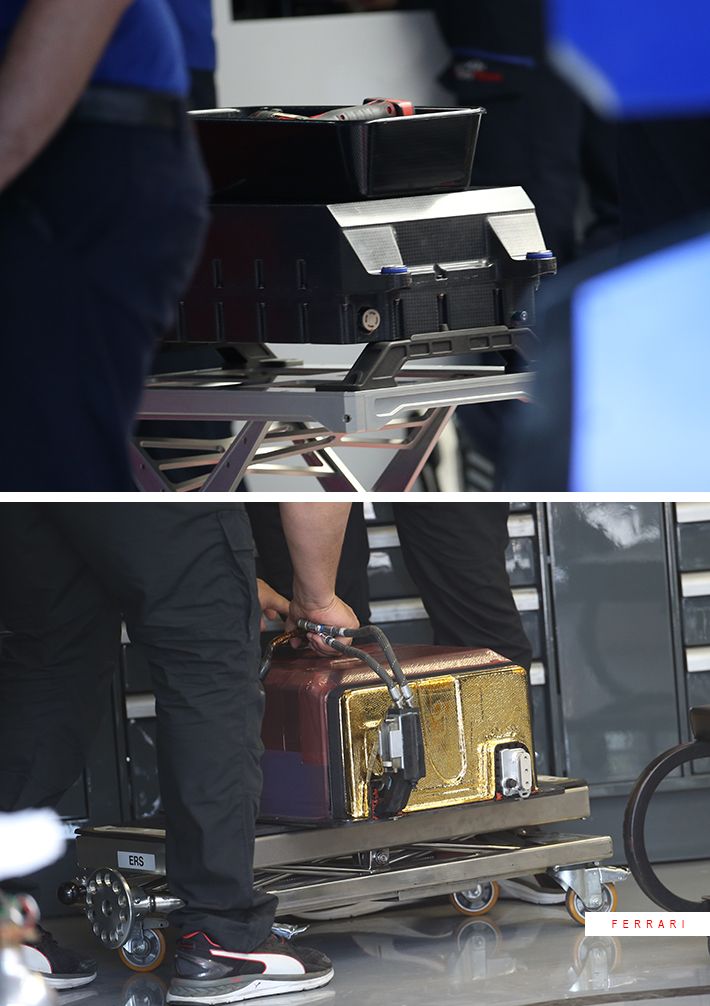 WORK IN PROGRESS
At Suzuka, we also got a good look at the battery of the Japanese V6 which seems very compact, especially compared to the system fitted to the Ferrari SF71H.

After the second specification, which appeared in Montreal, Honda introduced in Sochi the third and last evolution of its RA618H block. Although more powerful, this version posed driving problems to both drivers, the torque sometimes being delivered unpredictably. That's why Gasly and Hartley had to go back to the previous specification in qualifying and in the race in Russia.

To remedy this, Honda dyno-tested last week an optimized mapping, which improved the torque delivery and, therefore, mitigated the strong oscillations generated in the gearbox.

However, the problem doesn’t seem completely solved, with Gasly claiming to have encountered "serious oscillations when upshifting [during free practice on Saturday], [forcing him] to adopt a fairly conservative mode of exploitation". To solve it, at least partially, Honda obtained from the FIA an exemption regarding Parc Fermé rules to make an overnight change on Saturday evening. For some reason however, the FIA had a change of heart and instructed Toro Rosso, on the grid, to revert to its previous settings.

Whatever the case, the increase in power is real and has undoubtedly contributed to the good qualifying pace of the STR13 (with Hartley lining up P6 and Gasly P7): “From the performance point of view, we are happy. The post-shift oscillations, maybe some torque delivery at low-RPM, we will assess the data from here and can improve for the next race,” explained Honda technical director Toyoharu Tanabe.

Certainly, the reliability of the powertrain is not yet optimised, and its power is perhaps now only at the level of that of the Renault engine. Nevertheless, since partnering with Toro Rosso, Japanese engineers can work and make progress in a calmer environment, and can draw the lessons from possible mistakes in a better way.