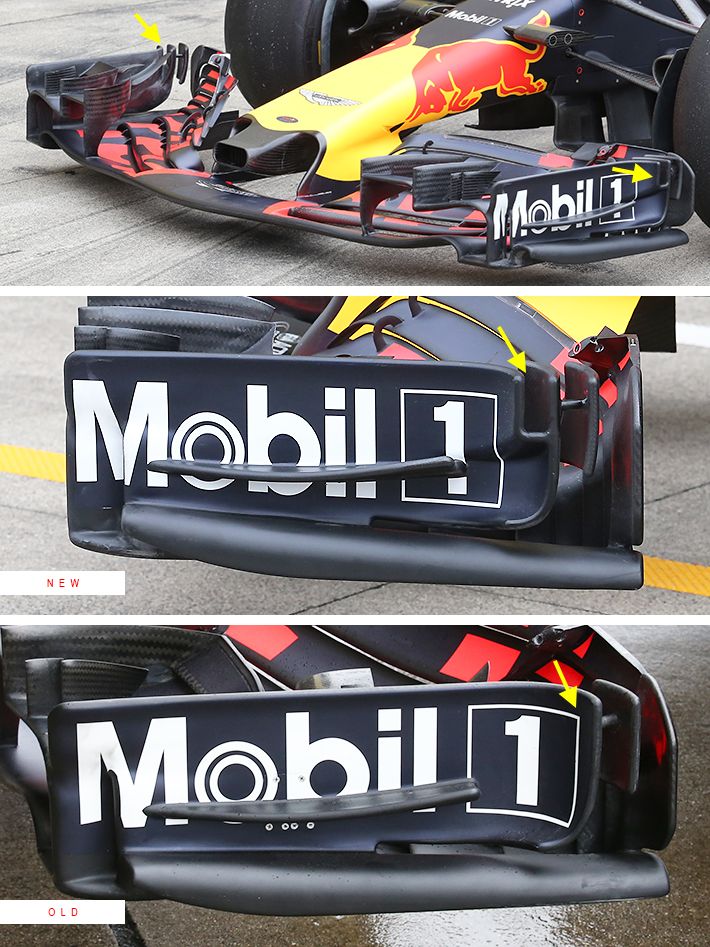 RED BULL GIVES ITSELF A NEW WING
A week after Ferrari and Mercedes, it was Red Bull’s turn to introduce a new front wing. The endplate got an additional slit (compare the yellow arrows).

The air flow is thus more strongly diverted towards the sides of the car, amplifying the "outwash" phenomenon. Thanks to this specific curvature, it’s a case of diverting the airflow of the front wheels, and at the same time generating vortices which will chase the turbulences generated by the rotation of said wheels.
However, like its counterparts at Ferrari and Mercedes, this specific wing will also have a short life as the cuts and bends will be banned from next year onward.