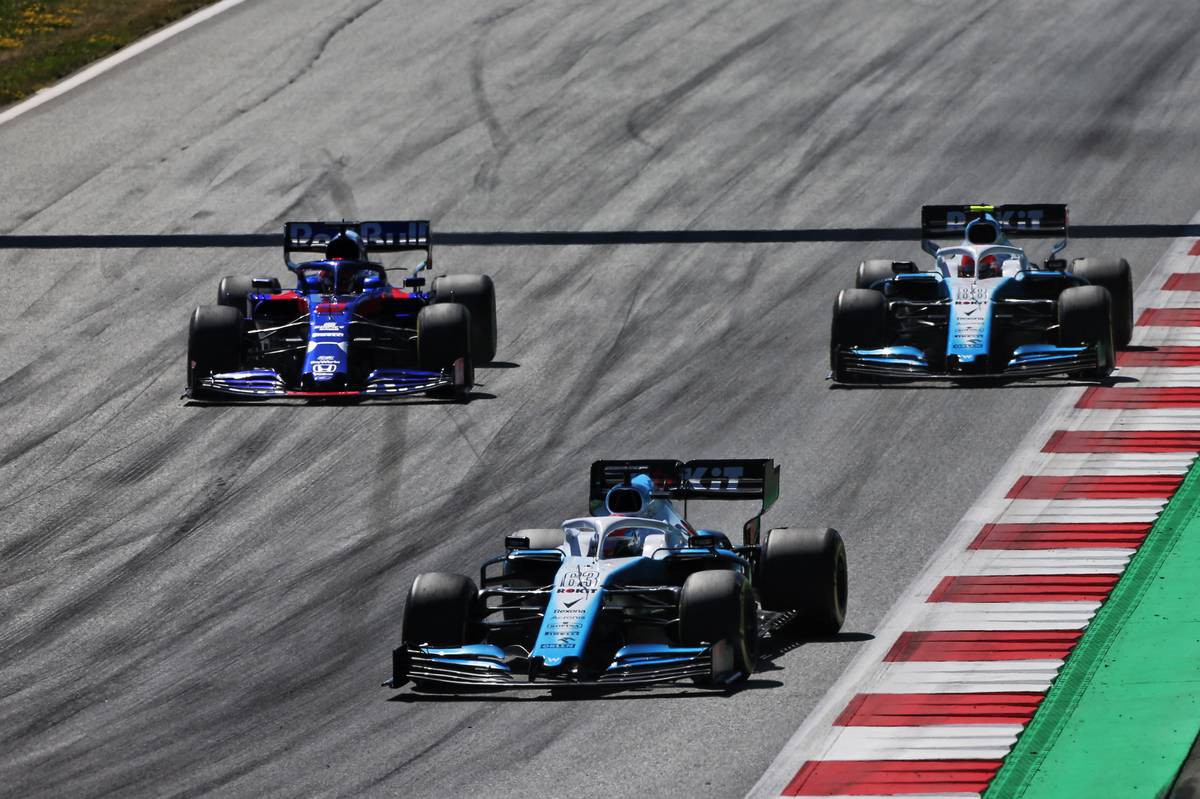 George Russell (P18): 8/10
This is not a season where you'd expect a Williams to be dicing with drivers from Haas and Toro Rosso on race day, but that's what happened in Austria and it's all to George Russell's immense credit. Even before the race he'd seen to business closer to home by overpowering team mate Robert Kubica by over a second in Friday practice - an almost impossible margin on a track as short as the Red Bull Ring. Although he incurred a penalty for blocking in qualifying (the stewards agreed that the team hadn't given him sufficient warning) this didn't matter when a front wing change before the race left him starting from pit lane. Yet despite this setback he had managed to pass both Kubica and Daniil Kvyat in the opening three laps of the race. Although the Toro Rosso eventually got back around, Russell was still running in 18th by the chequered flag thanks to Kevin Magnussen's nightmare afternoon. Still no points, but a lot of kudos for Russell.