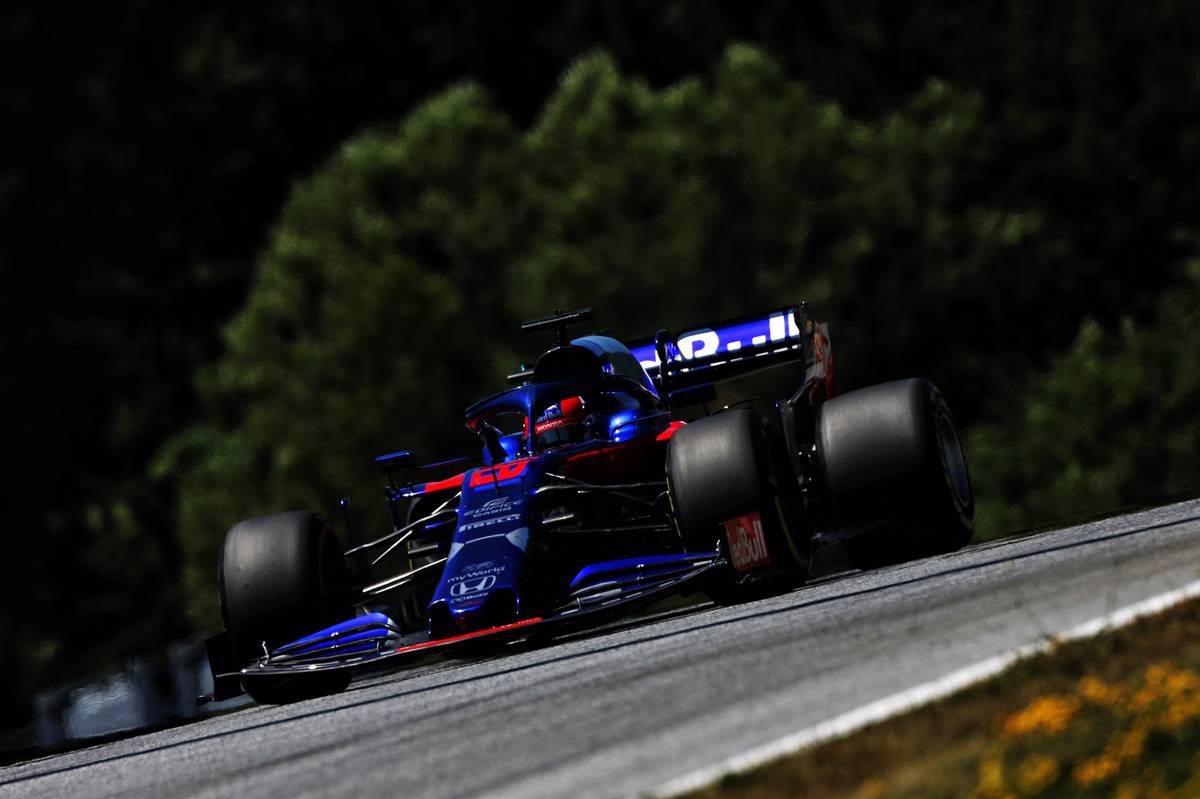 Daniil Kvyat (P17): 6/10
There weren't any obvious advance signs that Toro Rosso would struggle in Austria: Friday saw a solid day for Daniil Kvyat in practice, and he was tenth in the final session on Saturday morning. Unfortunately he had that scare in qualifying when he rounded a corner and found a train of cars backed up going at a fraction of his speed, and he was lucky not to plough into the back of George Russell's Williams. Even so the near-miss left him starting the race from 16th place on the grid. He said he was a "sitting duck" at the start of the race because of the amount of downforce he was carrying on the STR14, and he immediately dropped three places. Embarrassingly he was even passed by Russell and it took him 11 laps to get back around the FW42 again by which time his afternoon was comprehensively ruined, with damage to his rear brake ducts obliging him to focus on simply bringing the car home.