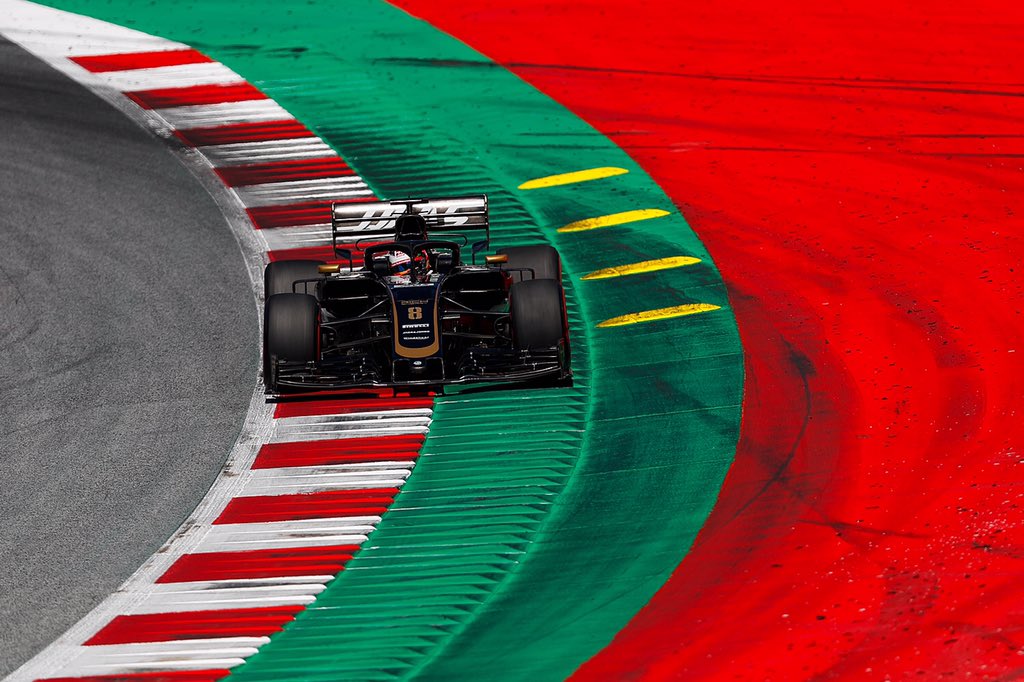 Romain Grosjean (P16): 6/10
Romain Grosjean arguably had the slightly better time of it this weekend than his team mate, but it was a poor campaign for Haas as a whole. Grosjean was the faster of the cars in FP2 and FP3, but narrowly missed out on getting through to the final round of qualifying after failing to find anyone willing to let him into their slipstream on the crucial lap. Still, starting from 11th right behind Kevin Magnussen was a good result and let him choose his tyres for the race. But he had a terrible start, immediately dropping four places before going on to be picked off by Carlos Sainz on lap 3 and then by Alexander Albon on lap 10. The VF-19's chronic lack of grip in race conditions then left Grosjean floundering for the rest of the afternoon. It's fair to say that the team which had believed it had the best car outside the Big Three teams certainly didn't expect to be scrabbling around with the likes of Williams, Toro Rosso and Racing Point at the back of the order at this stage of the season.