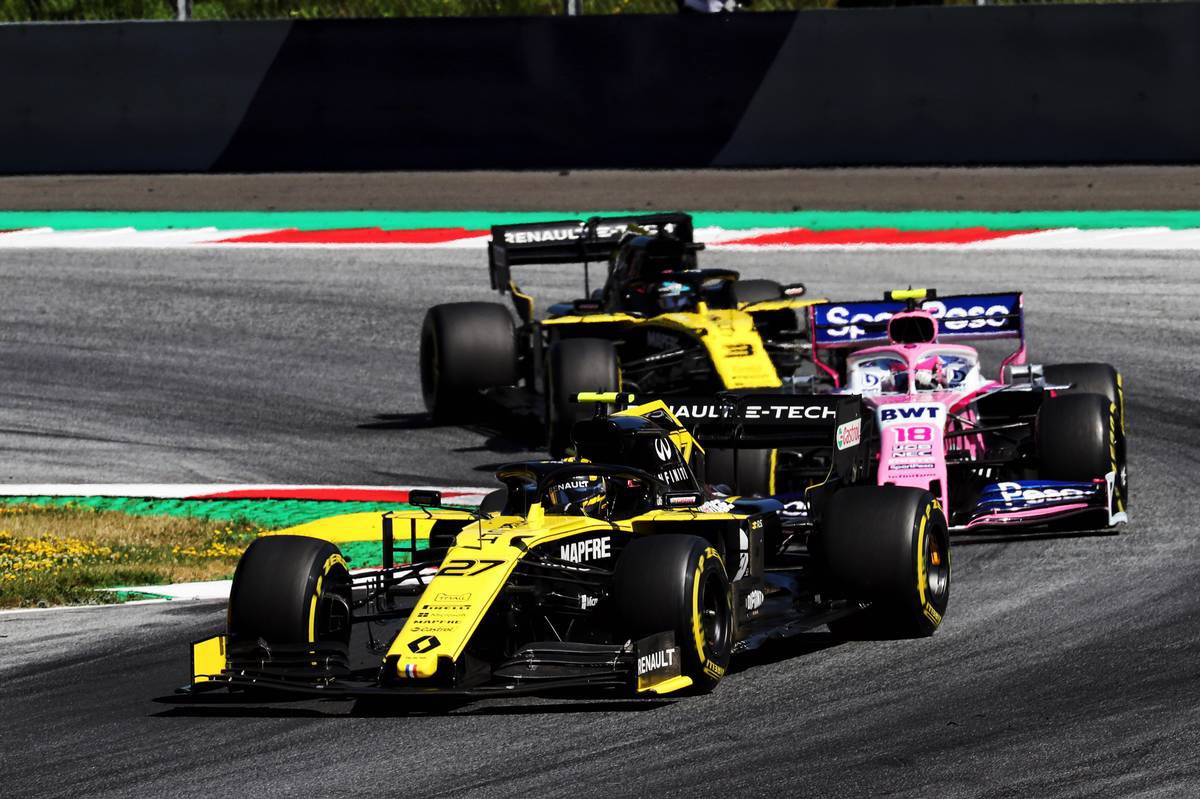 Nico Hulkenberg (P13): 6.5/10
After competing for points in France, this weekend must have been quite a let down for Nico Hulkenberg and the whole Renault team which never looked likely to crack the top ten in Austria. Hulkenberg can take some consolation for beating his team mate in two out of the three practice sessions, and he went on to qualify two spots ahead of Daniel Ricciardo despite falling foul of yellow flags toward the end of Q2. Hulkenberg was demoted five places on the grid by a power unit penalty, but he passed Ricciardo and two others at the start, and used a long first stint to march his way forward to seventh place before pitting on lap 26. That dropped him back deep into the midfield, and multiple issues on the R.S.19 left him struggling to work his way back through the traffic in the second half of the race. He was up to 12th before Ricciardo had the last laugh and picked him off on the final lap.