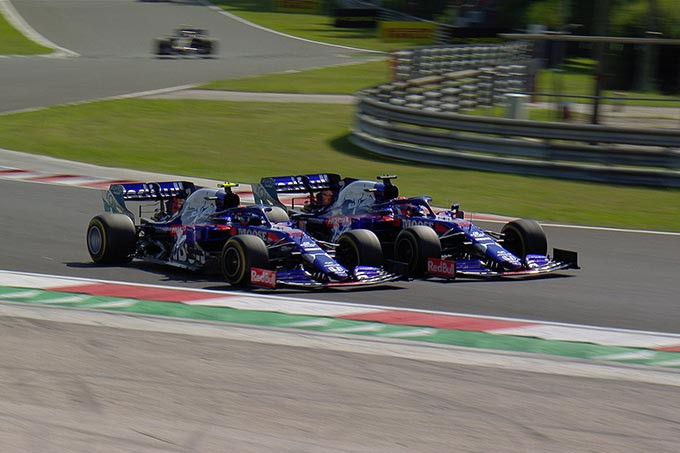 Daniil Kvyat (P15): 7/10
From the highs of a podium (and new fatherhood) last time out in Germany, it was back to reality for Daniil Kvyat this weekend in Hungary. While faster than his team mate throughout qualifying, the Russian was just pipped by Alexander Albon when it came to qualifying and he found himself starting just behind the Thai racer on Sunday. He also lost two places at the start, and came to regret making a premature pit stop on lap 21. However before long he was back alongside Albon, whereupon the pair engaged on one of the most entertaining on-track battles of the afternoon. Hard and close enough to have the Toro Rosso team on pit lane watching the action through fingers over their eyes, it's a genuine credit to both Kvyat and Albon that they did so safely and without making contact - the Haas boys should learn a thing or two from their example! Although he came out on top in that one, the race strategy Kvyat was on put him at a disadvantage in the second half of the race, and it was Albon who went on to finish in the points with Kvyat losing out by a surprisingly big margin as the tyres lost their grip and the race simply got away from him in the final laps.