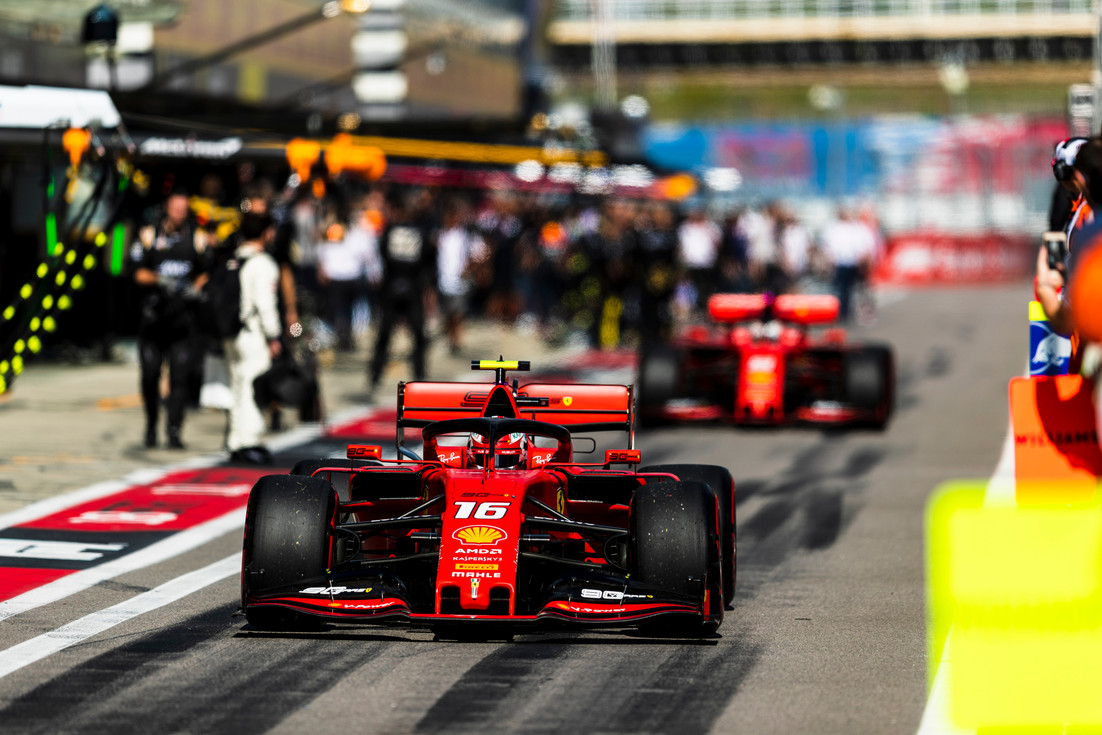 Charles Leclerc
"It was a tricky race. I think that we had a good strategy to give us the best result as a team. At the start of the race, I gave Sebastian a tow so that we could race at the front and get ahead of our competitors together.

"Then, after the safety car, things became a bit more complicated and we aimed to find the right timing to swap positions, which we did when Seb pitted. Unfortunately, there was an issue on Seb's car and he had to end the race early. From that point on it just didn't go our way anymore and it was not possible for me to overtake the two cars in front.

"After we had such a strong weekend, ending the race with one car in P3 and the other retired is not the best feeling. But we are confident of our potential and will head into the next races with determination and give our all to bring home the best possible results."

Sebastian Vettel
"Today, we are very disheartened. We wanted to finish first and second, but all we got was a third place. It's not the result we were hoping for. I got a good start and the first stint was pretty quick which allowed me to open up quite a gap.

"After the pit stop, I rejoined in second place but shortly afterwards the team asked me to stop the car because there was a problem with a hybrid component on my Power Unit. I hope the engine will be okay for the coming races.

"It has definitely been not our day today."

Mattia Binotto, Team Principal
"We are disappointed because we did not do a perfect job today. To win, you need reliability and today we didn't have it. Unfortunately, it's not the first time this season that's been the case.

"Before the race, as always, we spoke with the drivers and we asked Charles to give Seb a tow, because that would be the best way for him to get ahead of Hamilton and for the two of them to be first and second come the end of the opening lap. In fact, Seb got a fantastic start, which allowed him to pass Hamilton even before the entry to the corner.

"Seb was very quick today and I am very happy with the way he drove. I have said it many times before, his strong point is the race and he proved that, running at a great pace. It was a real shame we had to tell him to stop. We asked him to park the car at that point for safety reasons, which obviously takes precedence over everything else.

"It's not the result we were hoping for, but after today, we are even more prepared for the fight. Our car is strong, as is the team and we are ready to give our all in the coming races."