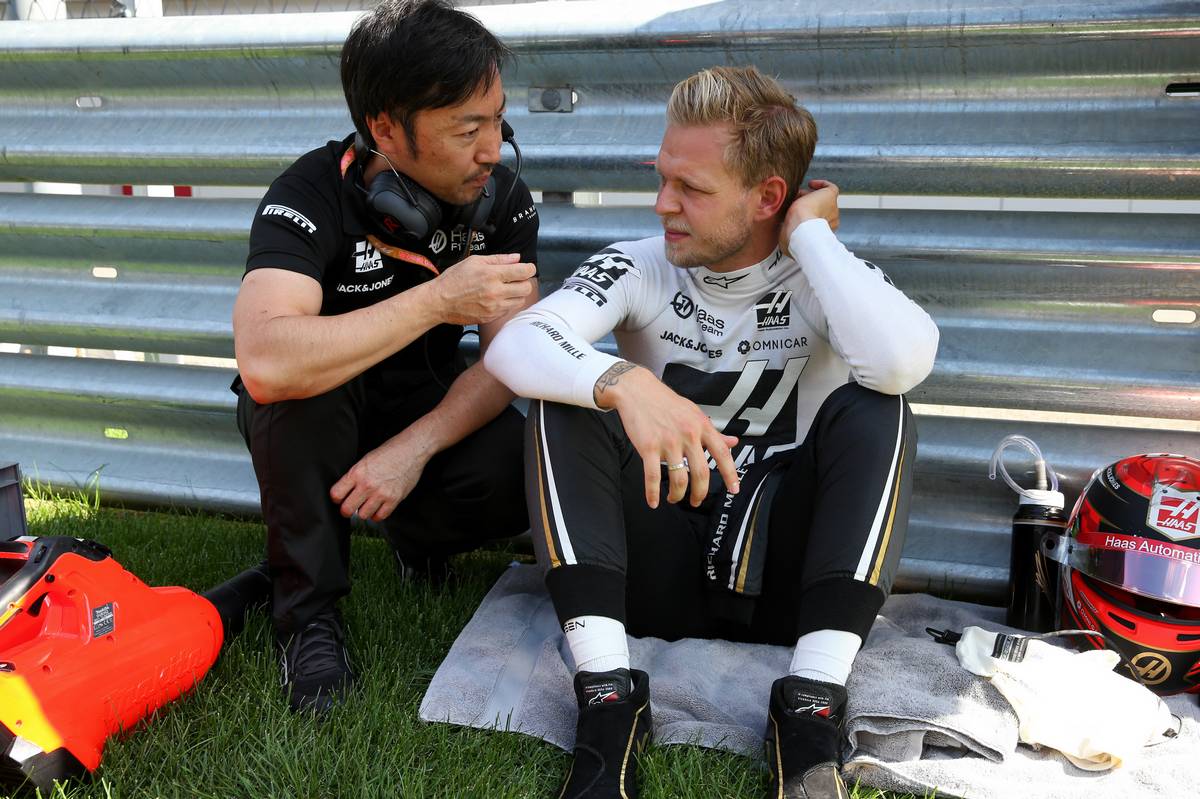 Romain Grosjean
"There's not much to say, the footage is pretty clear. We've been working very hard all weekend, and we had a competitive car – we were going to go for points today. There was a huge amount of pressure on us to get into Q3 in qualifying yesterday, we don't know how often we'll get those chances. Obviously, our race was then ruined by turn four. I had no chance to react. It's a bit of a disappointing afternoon. It's hard to digest as I felt this was the weekend we could score. To be taken out on the first lap is very hard."

Kevin Magnussen
"I think it's been a positive weekend in terms of our pace. In qualifying yesterday, it looked very good. I made a mistake unfortunately in Q2 and didn't go through to Q3, the car had been perfect. Today we had good pace again. I made a good start, gained a few positions, had a good first stint followed by a decent second stint, then I lost a few spots at the end and got a stupid penalty. That's how it is I guess. I had lost the position to Perez, lost a load of time, I had dirt on my tyres, I'd already lost enough time. Then I get the penalty. I think though, I can speak for the whole team to say it's been a great relief this weekend to be in contention from the beginning. It's been a great job from the whole team to keep their heads up."

Guenther Steiner, team principal
"Unfortunately, Romain (Grosjean) was caught up in a crash on the first lap which ended his day, but obviously no penalties were given there, it's all good. Kevin (Magnussen), at the end lost a position, then he was given a five second penalty – which I think was completely inappropriate. Anyway, we got two points for ninth place, that's better than nothing. Kevin fought very strongly at the end and the whole team worked hard for these points."