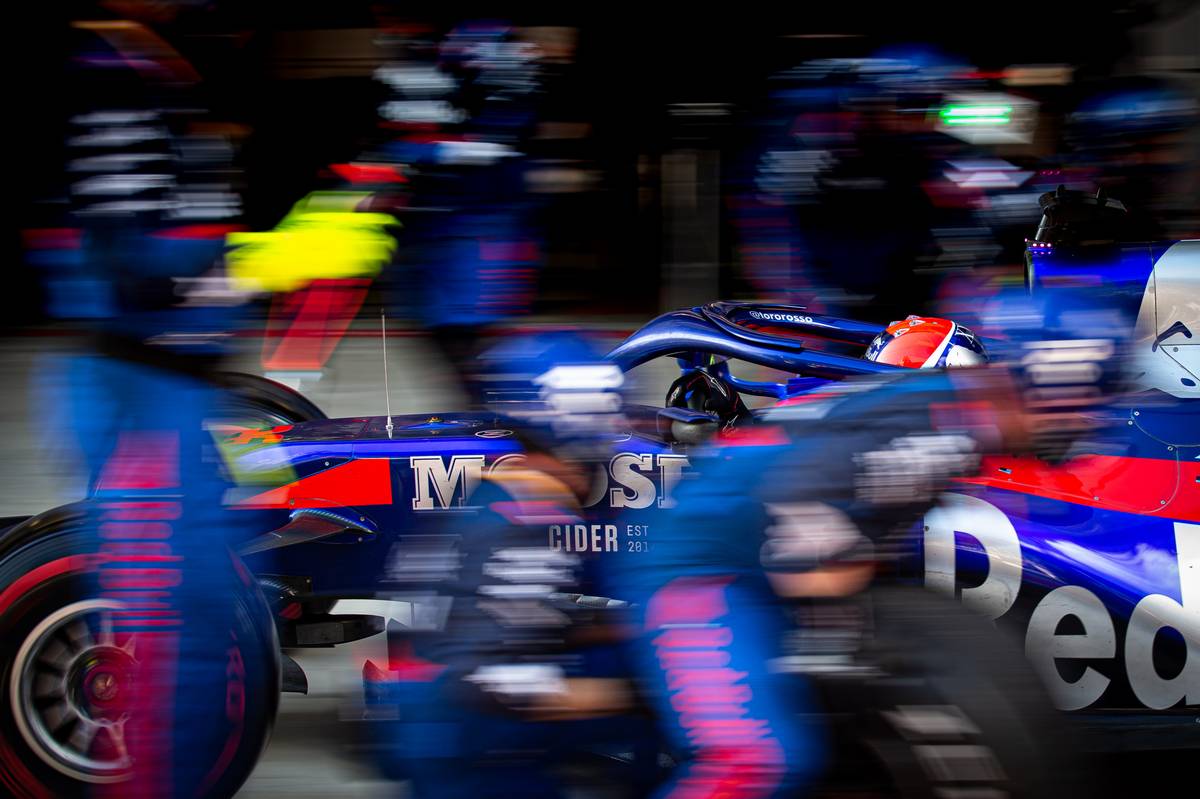 Pierre Gasly
"It was a pretty challenging day for us. We didn't have the pace to fight for points today, I tried to do everything I could inside the cockpit but there wasn't much we could do. I had a good fight with Dany as you always have to try to fight for positions. At the time, I was pushing for P12, a position that allows you to think that something can always happen in front of you and you can finish in P10. I tried to do what I could, but we didn't have enough speed, so it was a tricky day. As today we underperformed compared to what we showed earlier this weekend, we now need to analyse and understand why to come back with better pace in Suzuka."

Daniil Kvyat
"I had a strong and competitive race today. It was a good effort from the team to start from the back of the grid and finish very close to the points. I had a good start and some enjoyable battles, I was really fighting until the very last lap, so I'm happy with my race. It was a good Sunday in the end, especially considering the problems we had in the previous days. It's just a shame not to get the reward…the team would have deserved it."

Claudio Balestri, chief engineer (vehicle performance):
"Even if we started today's race on the back foot, our aim was still to try and score points. Unfortunately, we couldn't manage to achieve our target. In the opening laps both drivers did a good job staying out of trouble and gaining track positions. In the first stint, our pace was similar to those of our direct competitors but then, later on, we lost some ground to Stroll and Magnussen, and this is the reason why we decided to pit Pierre for Options. When the Safety Car came out, we made the right decision to call Daniil in for Options but, unfortunately, we identified a problem on tyre pressure. On the positive side, the gap was enough to do a second pitstop for another set of the same compound without losing anything. In the second part of the race however, both cars didn't have the pace to close the gap and overtake the cars in front. We finished out of the points, which is a bit disappointing, but now we need to focus on preparations for Japan, where we will try and bring home a much better result."

Franz Tost, team principal
"Because of the PU changes, both our cars started the race at the back of the field. We had a good start and finished the first lap with Pierre in P13 and Daniil in P14. There was contact among some of our competitors in front of us, but our drivers were able to avoid them, so the possibility to score points increased. After the first safety car period, both Pierre and Daniil drove quite a good race. They were on different strategies, with Pierre starting on Prime tyres while Daniil began the race on the Base, as we wanted to have long first stints. This worked out quite well. We were a bit unlucky with Pierre because we called him into the pits on lap 26, just one lap before the safety car was deployed when Vettel stopped on track. Nevertheless, he re-joined the race in a reasonably good position. As for Daniil, he pitted during the safety car to change to the Option tyres, and both drivers restarted the race next to each other. Unfortunately, we detected a problem with that set of tyres so we decided call him in again for a second pit stop, which was a free one as it was during another safety car period. At the end of the race, we didn't have the speed to overtake Stroll and Hulkenberg to finish in the points. Having said this, we are optimistic and looking forward to Suzuka, where we will hopefully be back in the points with both cars."

Toyoharu Tanabe, Honda F1 Technical Director
"After making up three places after the start, Gasly was unlucky, as he made his scheduled pit stop just before the Virtual Safety Car, while others got a "free" stop. Kvyat had to fight hard to come from the back row to 12th. Overall, we had a few PU related issues and we will now analyse everything very carefully to prepare as well as possible for our home race in Suzuka in two weeks time."