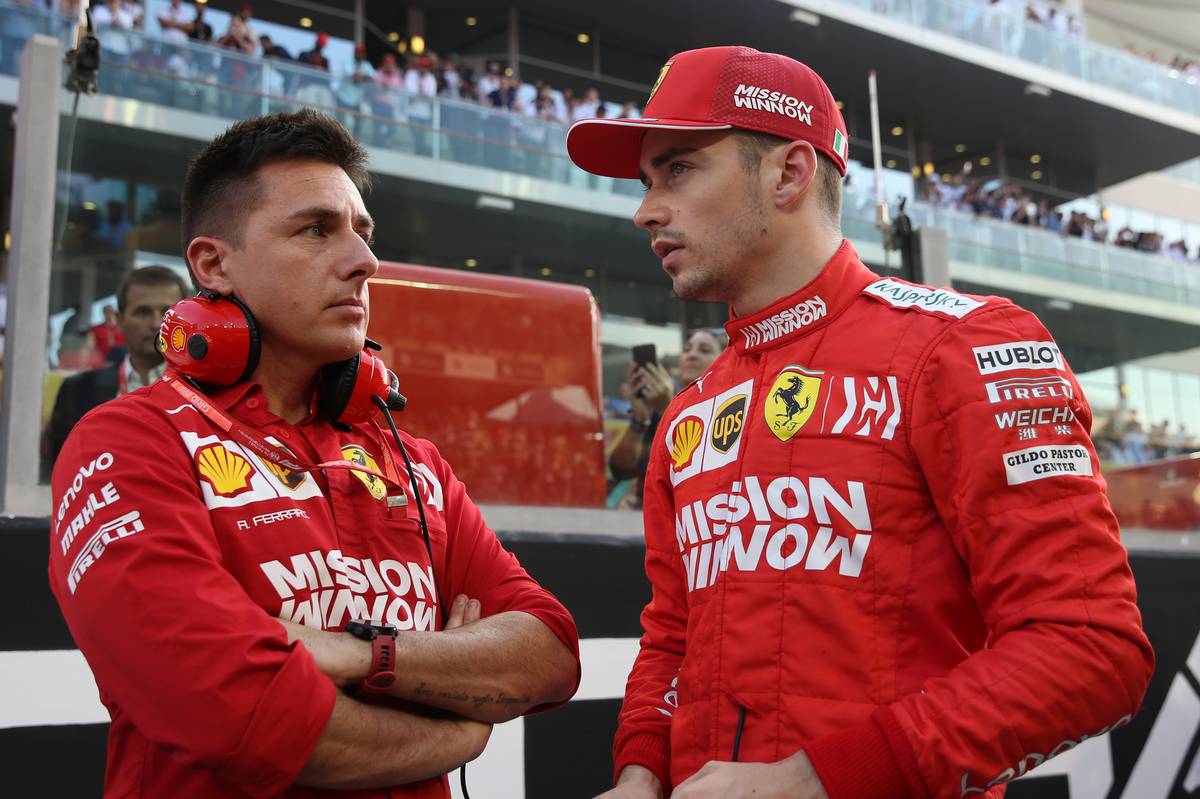 Charles Leclerc
“I would never have imagined my first season with Ferrari like this. In terms of satisfaction, as a driver, it is great to have had the chance to end the year with a few poles and wins in the bag. On the other hand, you also always strive for more, and there is always something that you can do better. Overall, I think that it was a positive season for me. I learned a lot and am thankful to the whole team for all of their support and hard work.

"It was not an easy race today. Starting from P3, I knew that I would have to win to get back the third place in the Drivers’ championship, so I gave it my all. Unfortunately, it didn’t work out today. We will have to spend some time working on our race pace this winter. We have been very strong in qualifying this year, but have room for improvement in our long run performance.

"In any case, it’s nice to round off the season with a podium and have some time off now. I am sure that after just a few days, going back to racing will be all I can think about and I am already looking forward to being back in Melbourne.”

Sebastian Vettel
“At the start I didn’t have anywhere to go and then, the fact the DRS didn’t work didn’t help, because that was when I had an advantage with the tyres over Max (Verstappen), which then faded later on in the stint. After the first pitstop I wasn’t very competitive and so we pitted again. In that moment we lost two places and I was only able to recover one of them, because today Mercedes was simply too fast.

"All in all we didn’t have the year that we were hoping for. The reasons are clear and lessons have been learned so now we just have to take them on board.

"I think as a team we must grow, but I have to say that this year has not been ideal from my side, even if I don’t think it was as bad as it looks. There were many small things that contributed to what maybe didn’t look like a great picture in the end.

"I know I can do better, that is for sure the target for next year, to make a step forward. Hopefully we will have a strong package with which we are able to fight with our rivals. Now I will focus on the test and then I will be happy to get some rest”.

Mattia Binotto, Team Principal
“We knew that we were lacking some elements to have one of our better races today. We had to try something different to manage the difficult task of getting Charles to finish third in the Drivers’ Championship. His performance level today was an accurate reflection of our car’s potential in this race and it was therefore satisfying to see him on the podium. He drove a strong race to round off a great season.

"As for Sebastian, he struggled a bit in the early stages as he could not use DRS, when his soft tyres should have given him an advantage. After that he did all he could to finish in the points.

"Now we have a busy winter ahead of us, when we will work very hard, while concentrating on the priorities of doing a good job by all pulling together.

"The final thought at the end of this long season goes to our fans. We want to thank them once again for having always stood by us during the good and the bad times. They deserve so much and we can’t wait to repay them for their support”.