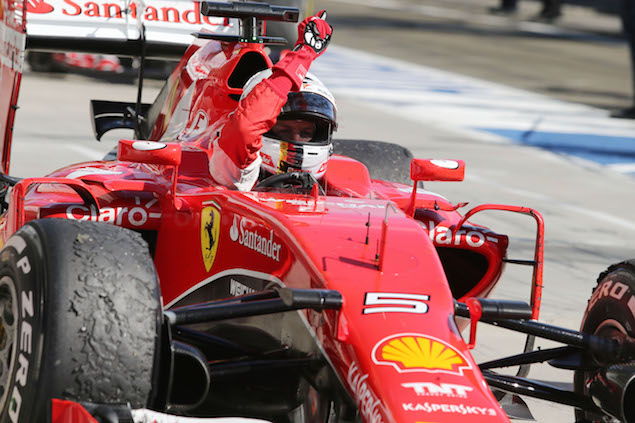 If there were any doubts over any of Vettel’s abilities when he headed to Ferrari following a poor final season at Red Bull, he emphatically answered them in 2015. James Allison sums it up perfectly when he told the BBC: “We don't have as good a car as the Mercedes, that's obvious, and yet we've won three races.

“Sebastian has won all three. And the reason that he has won those three and put it on the podium as much as he has is that we ask him to sort of work miracles to put his car in a competitive position, because the car is not yet good enough to be the winning car. And he delivers those miracles sort of lap after lap, race after race, weekend after weekend.

"Then, just occasionally, once or twice in a whole year in thousands of laps, you see evidence that there isn't a machine there, there's a human. And that shows the magnificence of the achievement in all the other races.”

While the car was good, Vettel either maximised it or outperformed it at almost every race and only fails to beat the world champion to top spot due to the odd blot on his copybook such as in Mexico, where his rating took a major hit. An outstanding season and it will be Vettel - rather than Ferrari as a team - who worries Mercedes over the winter.