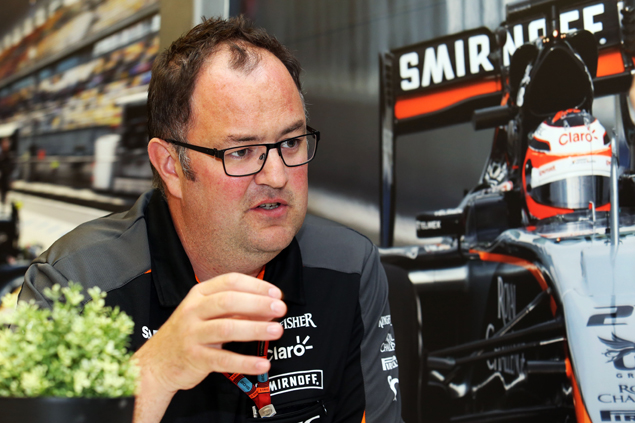 15 minutes after qualifying, yet another debrief awaits McCullough and his team.

“We don’t want to make it too long, so it lasts half an hour. The longest debrief is the post-race debrief, which is one-hour long.” he says. “We try to engage the drivers as much as possible at the start of the meeting because they are rubbish at the end of the meeting! (Laughs).

“All the important stuff is at the start of the meeting; all the reliability or the control system, or the engine, we put that later on the meeting. I say to the engine people, to the aerodynamicists, to all different people: ‘this meeting is really to communicate important stuff to the drivers.’

“As chief race engineer, I chair the meeting, which has a very defined structure. I give a brief introduction to the main points, then the strategy engineer, etc. There is an order everybody knows.

“We try to make sure everybody, including the drivers, leave the track every day having learned something. For example, if Nico or Sergio weren’t quick in a qualifying lap or in one specific corner, do they really understand why? If they don’t, they will make the same mistake again.”

“We try to engage the drivers as much as possible at the start of the meeting because they are rubbish at the end of the meeting!

“This is why we give them a laptop in the office between the sessions, so they can use the data to do an overlay themselves. In particular, Nico does it himself; he actually knows the software. He has been doing that for years; it’s something I’ve worked on with him at Williams from 2007-2010.

“We always give a laptop to the drivers and teach them how to use the software, just because it takes off a bit of workload for the performance engineer as well, rather than always asking, asking… Sometimes in the debrief, they just start to do the overlay themselves, just because there isn’t much time between FP3 and qualifying.” 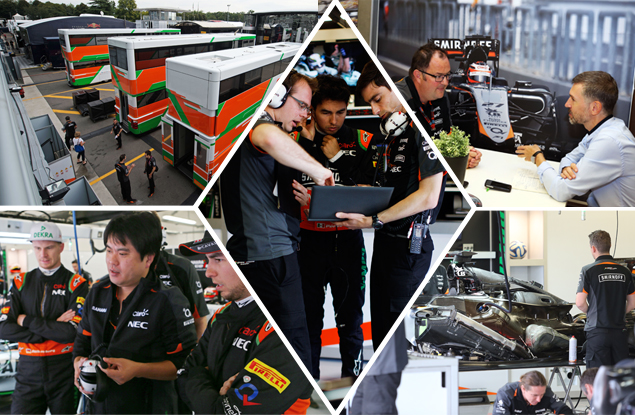 The track might have been empty and silent for a while now, but there is still a lot of activity in the paddock. Around three hours after the end of qualifying, drivers and engineers meet once more, this time to talk about race strategy.

“This is just to put ideas in their head: to start with, you know the tyres you’ve got left, so the basic strategy is there, with a couple of options (two stops, three stops, with these tyres or those tyres, etc.). We discuss all these things with the drivers to get their input before we do our simulations overnight.

“After that meeting, we split the tasks between the race strategy engineer on site and two engineers who are based at the factory. On Sunday morning, we go over the results of the simulations, with the different race scenarios all compiled in a file. This will be analysed during the strategy meeting that takes place right before the race briefing.”

Saturday night fever does not really exist anymore in F1, due to parc fermé rules and curfew. At the end of a busy day, the team tends to leave the circuit in time for dinner, still a rare privilege. “We finish here by 7:30-8 pm. On Friday we usually leave at 1-2 in the morning.”

As the curtain falls on another Saturday, cars get ready to spend the night under covers… and the watchful eyes of the FIA’s CCTV cameras. 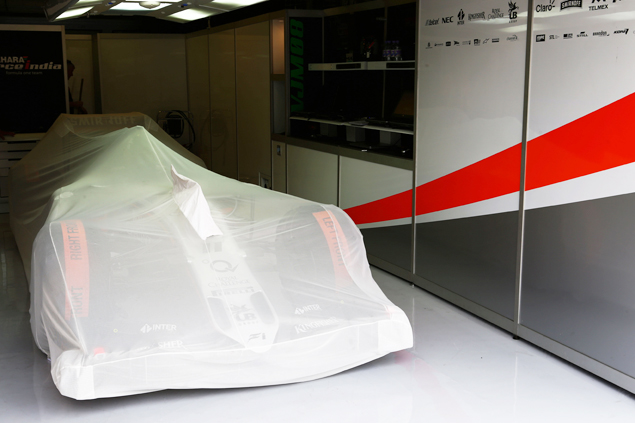