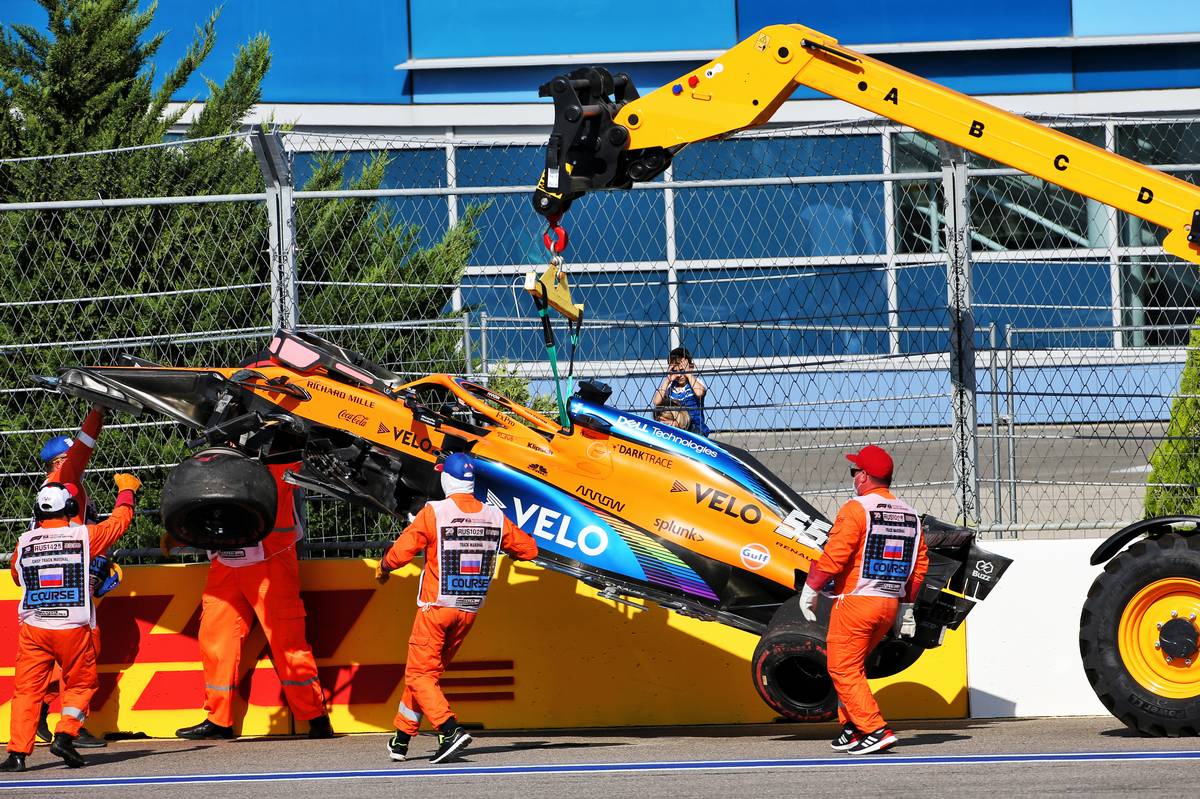 Lando Norris
"It was an extremely tough race. My start was alright – nothing spectacular, but not bad. It was difficult on the right-hand side of the grid. I had a decent run down to Turn Two, but some guys just committed a lot more and I ended up having to back out. Anyone that committed just ran off the track and it was tricky to avoid them. Then there was the incident ahead that involved Carlos that I had to avoid. I think it damaged some bits on the car and made it a lot trickier to finish the race. We weren't far away, but on a Hard tyre, which we boxed for at the end of lap one, I just missed out a little bit. We need to improve for next time – it was very tricky to drive the car in the race on this track. We'll try again in Germany."

Carlos Sainz
"First of all, apologies to the entire team. It was tricky to get a good start on the dirty side and by Turn Two we were surrounded by other cars. I went too deep and left the track, so I decided to run over the sausage kerb and go around the bollards to avoid the penalty. It was a quick decision, the angle was very tight and I simply misjudged my speed. It was a pretty heavy impact but I'm fine, just disappointed for the team. Watching the replay of the start, other cars also left the track at Turn Two but kept going and didn't get the penalty, so I might as well have done the same. But anyway, it is what it is. We will reset and go again in Germany."

Andreas Seidl, team principal
"It's a very disappointing Sunday afternoon for us, coming away from Russia with zero points. Our race was pretty much over after two corners, with Carlos running into the barriers and then Lando having to take avoiding action, finishing up at the back of the field. We boxed Lando onto the Hard tyres at the end of the first lap, trying to go to the end of the race, which was still a sensible choice given the long life of that compound. Lando gave it his all, but without another Safety Car to mix things up, there wasn't really anything he could do.

"The team – here at the track and back home – put in a lot of hard work, so it's a tough one to take, especially with the great atmosphere in Sochi with fans finally back in the grandstands. We have to go away and reset, further understand the weaknesses of the car, work on updates and come back stronger two weeks from now at the Nürburgring."