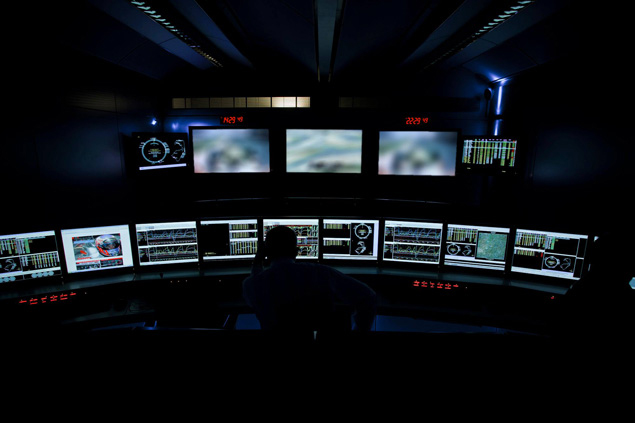 “All these data are processed by extremely potent computers and in a calmer environment than at the circuit,” McLaren operations director Simon Roberts says. “There is no distraction [in the ops room], just numbers and figures to analyse, which enables engineers to work with less external pressure.”

An average of 240 terabytes of data are treated on a typical race weekend, and the workload is split between the team’s different departments. For instance, McLaren’s control room is divided into three rows of technicians. Those in charge of strategy work at the back, while their colleagues in the middle are monitoring mechanical systems. The front row is occupied by aerodynamicists, whose core job is to assess new parts, as well as vehicle dynamics engineers. In a room where the atmosphere almost makes it feel like a sanctuary, all can communicate directly over the radio with their respective counterparts on the pit wall or in the trucks.

Teams can use several mission rooms, such as Force India, which has two – one in its aerodynamics department in Brackley, the other at the main factory in Silverstone. Both listen into all the meetings taking place at the circuit by way of videoconference.