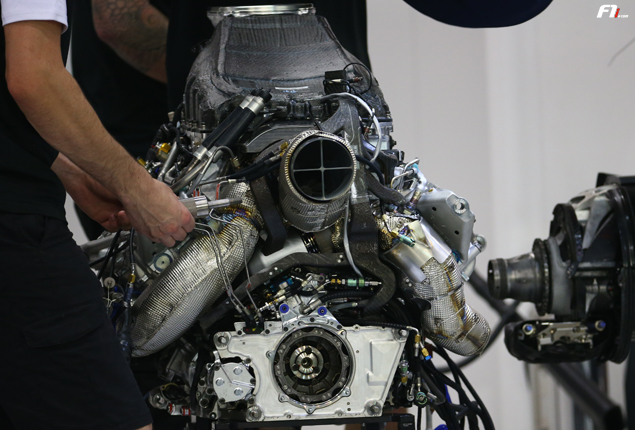 One should remember that the MGU-K can receive energy directly from the MGU-H, and this without any restriction. What’s more, the MGU-H can also feed as much energy as it can to the battery. In other words, it has a dual function: charging the battery and supplementing the MGU-K.

The regulations state that the battery can only receive 2MJ from the MGU-K when the latter acts as a generator. In order to deliver the maximum 4MJ, the energy store benefits from the contribution of the MGU-H, from which it can transfer up to 2MJ to the MGU-K.

As a result, the overall power that the MGU-K can return to the drivetrain amounts to: 4MJ (from the battery) + xJ (which comes straight from the MGU-H). If we surmise that Mercedes’ MGU-H is potent enough to supplement the MGU-K, then the Silver Arrow can use the 120kW mentioned earlier for a longer period of time than 33.33s.

All in all, reporting a 163bhp horsepower gain for Honda does not make much sense. First, it implies that last year’s RA615H did not recover any energy (not even under braking). Then, it would be more accurate to talk about energy recovery and deployment and how much longer the extra power can be used. But obviously that would make for a less catchy headline…