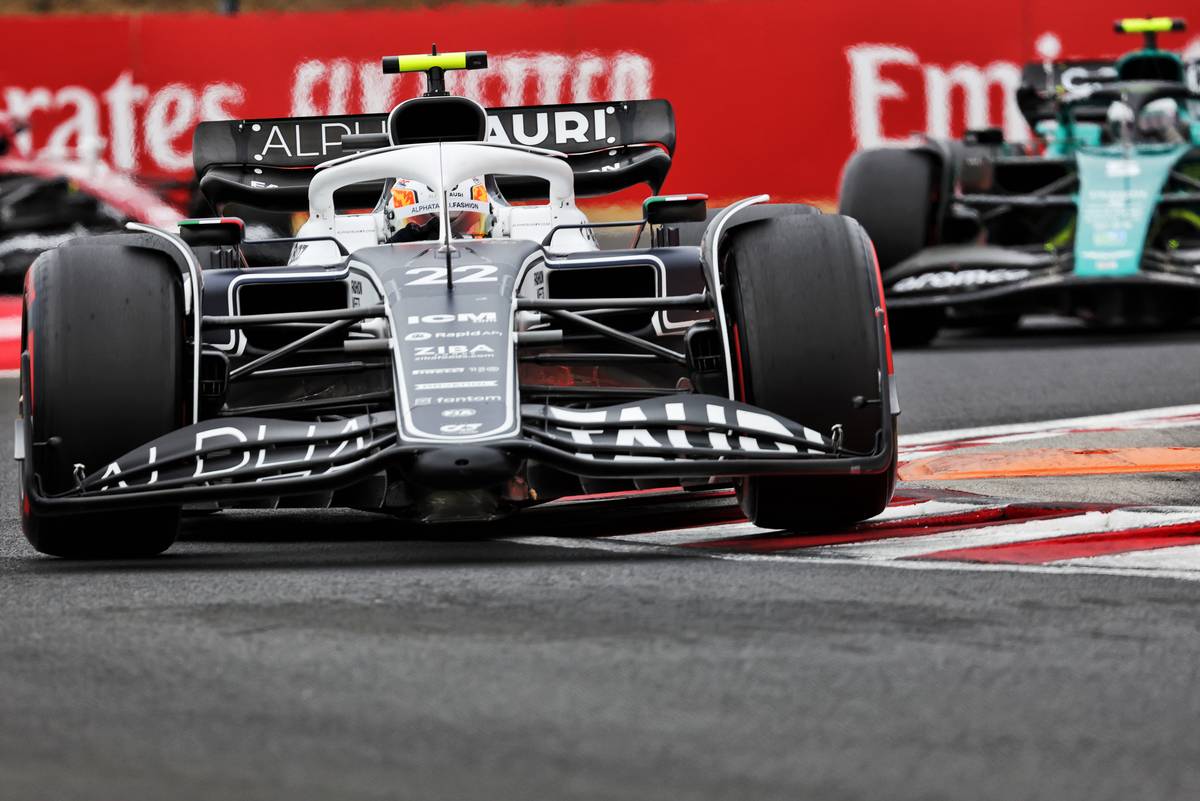 Pierre Gasly
"I must say I'm happy with today. Starting from the pitlane is never easy and we managed to recover to 12th position. There were some changes made to the set-up of the car for the pitlane start, which showed a bit more pace and allowed us to make some good moves. The most important thing is that we use the upcoming three weeks to extract more from our package and finish inside the points consistently. I know the team and what we are capable of achieving, and with these new cars being difficult, we need time to understand how to get the best out of it."

Yuki Tsunoda
"It's been a really difficult day, it didn't feel like I had much of a race. I struggled with the car throughout, as I had absolutely no grip at all out there. I was finding it so difficult to keep it on the track and made a small mistake which meant I spun. This weekend has not been an easy one, we need to go away and look at all the data to understand why the upgrades we have are not paying off in the way we thought they would. We'll have a reset now over the summer break and then look to come back stronger for the second half of the season."

Jody Egginton, technical director
"We had mixed fortunes as a team today. Pierre drove a very strong race, from a pitlane start, making good use of the soft and medium compounds to come home 12th. Unfortunately, Yuki had a far more difficult race, struggling with grip and balance in every stint and generally not being happy with his car. Although no issue was evident from the telemetry, we need to conduct an investigation to get to the bottom of this. Looking at the bigger picture, although we have not achieved the target of getting back to scoring points again here in Hungary, the race pace shown today is positive and with a better starting position we could have potentially delivered points with Pierre, which is a good sign. Equally as important though is the amount we have learned about the upgrade here which, when combined with the next updates, will hopefully move us forward another step. We now have a week back at base focused on analysis from this event and preparations for the next Grand Prix before everyone heads off for a well-earned break, ahead of the second half of the season, which we are all looking forward to."