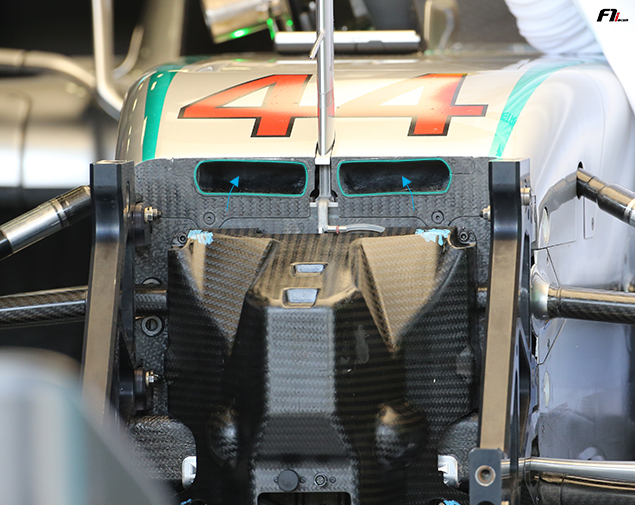 When the nose is fitted to the car, these rectangular outlets match similar apertures pierced in the monocoque. The air is then vented through an outlet that has been hollowed out in the chassis (see below).

The purpose of the ‘S’-duct system is to speed and clean up the airflow under and over the nose, this in order to prevent as much as possible having slow air on the car’s nosecone, ahead of the driver.

The layer of air that is slowed significantly is referred to as the ‘boundary layer’. When it rubs against the fast air, this lead to turbulence, which in turn creates drag. How does the ‘S’-duct help neutralise this phenomenon? By swallowing the air under the nose to suck up the unwanted boundary layer and then spitting it out through the top.

By giving the air a burst of acceleration when it comes into contact with the surface, energy is transferred to the boundary layer: the speed differential between the slow and fast air is less significant, so there is less turbulence and, as a consequence, less drag.

With the under-nose inlet sucking up the boundary limit, i.e. the turbulence, the dirty air is cleaned before it is directed towards the car’s floor, which in turn helps optimise the efficiency of the diffuser. 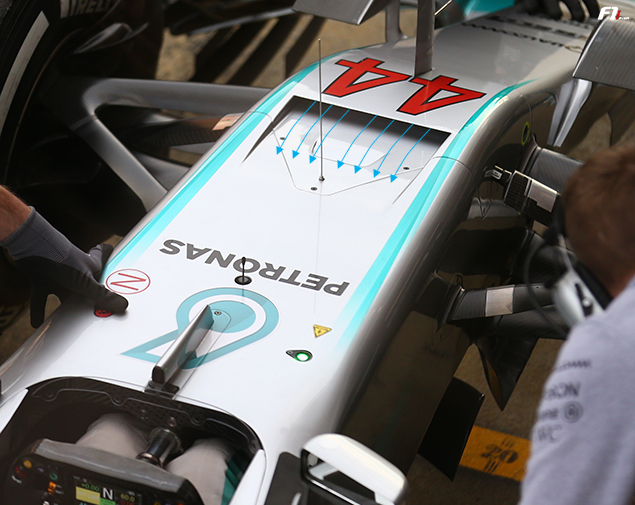