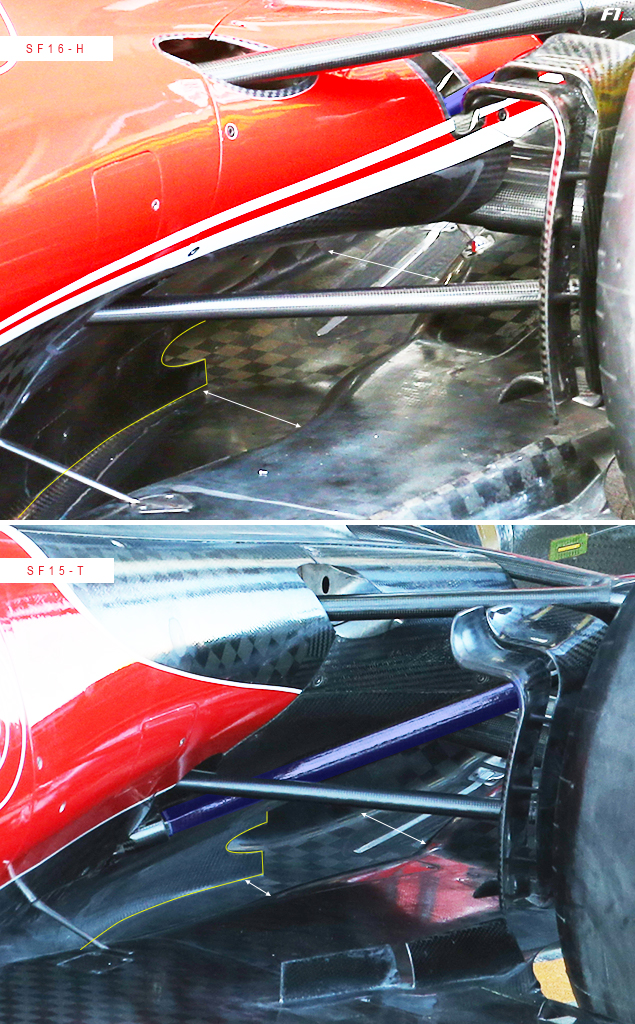 On Ferrari’s 2016-spec power unit, the two motor-generator units (MGU) have been placed somewhere else compared to last year. The MGU-H, which sat in between the compressor and turbine at the back, is now positioned within the ‘Vee’ of the engine. Thus, it occupies the space where the intercooler featured but the latter has been replaced with a two-element setup.

As for the MGU-K, it no longer appears at the rear of the unit either, but on the left-hand side of the V6: an installation already seen on the other power units. This major reshuffle has allowed Ferrari’s engine engineers to refine and raise significantly the gearbox case.

With this new layout decluttering the rear of the SF16-H (compare white arrows), the air can flow faster along the sidepods and across the entire width of the diffuser. The tighter the back of a car is, the faster the air flows above the diffuser, which in turn contributes towards sucking more air from underneath the car in conjunction with the diffuser. Also helping to speed up the airflow is the new rear suspension setup where one of the elements (coloured in dark blue) has been moved.

The rear crash structure has been quite trimmed down (see comparison between the Ferrari and the Mercedes below), which also allows for a tighter rear end and improves overall aerodynamic efficiency. 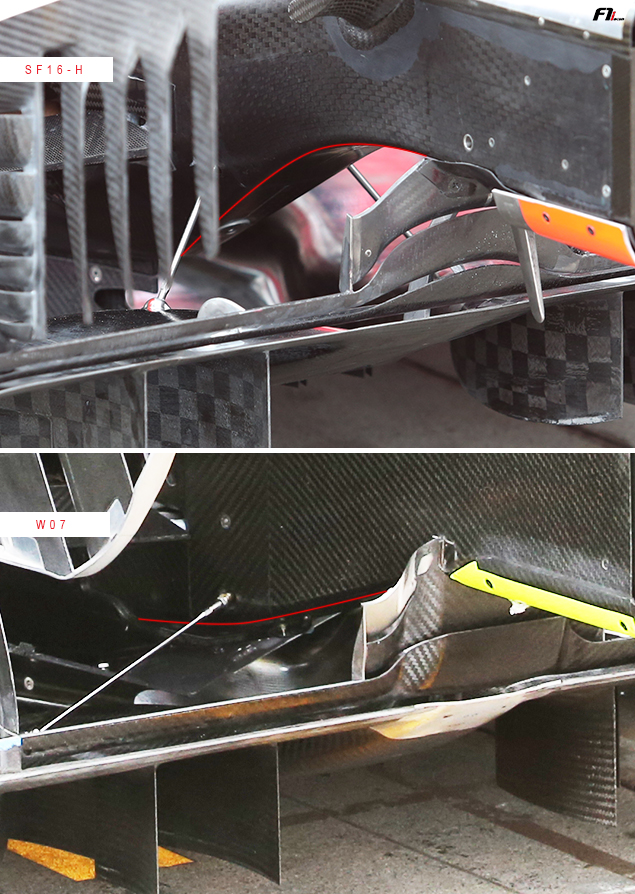