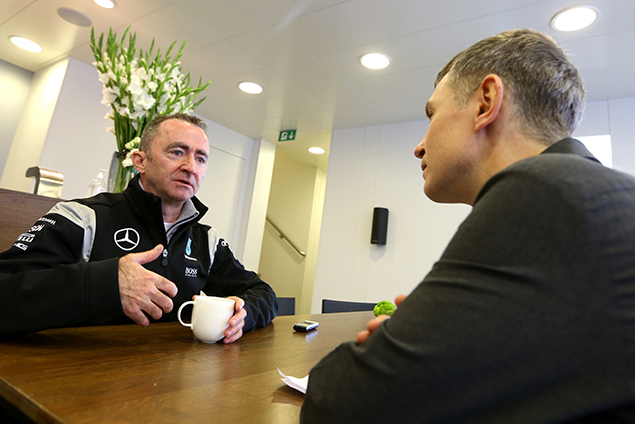 FROM NAIROBI TO CAMBRIDGE

In Brackley, where he arrived in June 2013 after spending two decades at McLaren, Lowe must carry out these arbitrations, though his role goes beyond heading the design office. As executive director (technical), he sets the course for technological director Geoff Willis and engineering chief Aldo Costa, but he also defines the team’s culture in conjunction with motorsport boss Toto Wolff. Lowe’s mandate does not confine him to the Mercedes factory and means he has to attend all the races.

“It is very important to have senior technical management at the race track, because that is where you score the points. I’m at all the meetings with the engineers, the drivers, making sure all the right things have been done, perhaps taking some decisions when there is some scenario that has emerged that we haven’t considered, [or when] some protocol needs to be invented.

“On the pit wall at the race, in the end I’m making that call if the experts need some resolutions, some guidance, although they are all highly competent individuals in their own field. I rarely need to tell them how to do it. Often it is more a position of comment, or advice, or perspective.”

Lowe has been a globetrotter pretty much since he was child. Born in Kenya’s capital city Nairobi in 1962, he moved to Uganda at the tender age of two when his father was called upon in his missionary work. The Lowes were then forced to escape the country after Idi Amin Dada seized power in a military coup. The family initially went to Ireland before settling down in Kent.

There, Lowe spent much time dismantling all sorts of engines and ended up catching the mechanics bug, but only took an interest in racing afterward. In 1987, one of his friends advised him to send his application to three F1 teams (Williams, Benetton, and Arrows). At that time, Lowe was working for Metal Cans, a manufacturer in tin containers that had granted him a scholarship. 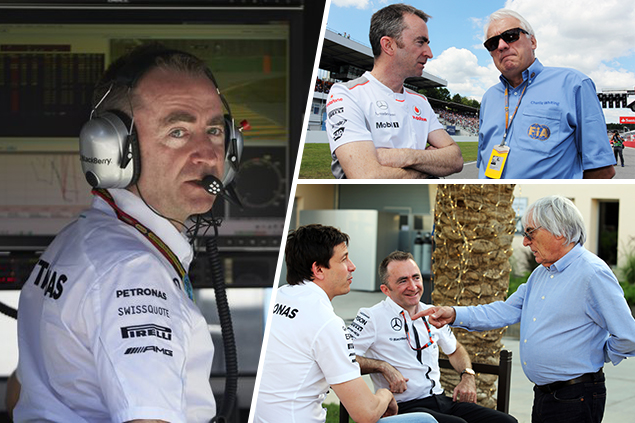 Hired by renowned British engineer Franck Dernie, Lowe stayed at Williams for six years and moved across to McLaren one year before active suspension and other driver aids were outlawed. Formula One’s tendency to shake up its regulations on a yearly basis is not recent…

“Unlike most sports we’re always changing rules. If you go on football, I don’t know how often they change rules… [Laughs] We seem to change them arguably too often. But it is well motivated, because we’re trying to constantly improve the show, the spectacle, and the competition between the drivers, the teams. We try to keep the right balance between car and driver.

“Looking at 2017 specifically, I think there is more work to be done, that we are still doing, to refine it. So we will see when it will be final. But it has been a little bit more rushed that we would have liked, to be honest with you.”

Despite the wide-ranging ban of 1994, Lowe still managed to develop several innovative concepts at Woking, including a simulator project that was then unheard of in F1. Having been appointed as McLaren engineering director in 2005, he became technical director in 2012. Wolff initially offered Lowe the same job at Williams – the Austrian used to have a share in the Grove team – but the pair eventually ended up joining forces at Mercedes.