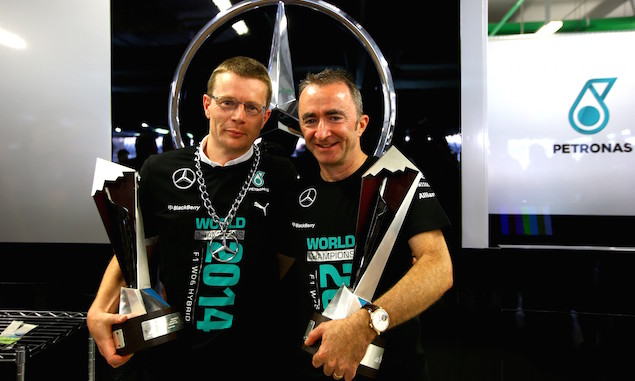 Taking up the role formerly held by Ross Brawn and Bob Bell, Lowe has endeavoured to strengthen Mercedes’ overall structure by fostering his colleagues’ creativity while also filling some gaps. The team has been the clear benchmark since the 1.6-litre V6 turbocharged power units were introduced in 2014 and Lowe wants to make sure it keeps ahead of the competition.

Featuring a battery and energy recovery systems that require a lot of cooling, the current engines have had a major impact on how F1 cars are designed, making power unit integration within the chassis paramount. That’s why Lowe is not surprised to see two factory outfits currently fighting at the sharp end of the field.

“Being a works team allows us to integrate the power unit and chassis to optimal effect. One of the challenges is putting the necessary equipment within the optimal volume, or – to put it in another way – creating the best aerodynamic opportunity while having the best structural efficiency. During the last 20, 30 years, packaging has become more and more complex and critical in Formula One. When you look at old cars, you see there is so much space for everything you want!

“The way current cars are put together is like the inside of a watch: every single bit has an optimal position for its own work and for the whole working of the car. A partnership between chassis and engines like we have at Mercedes allows an optimum packaging because chassis and engine people can work very closely.

“If the partnership is not close, then the engine people will make what suits them and then say: ‘Put it in the car!’ We can work on ideas, on innovations together, and then we combine our efforts to realise the best overall package for those concepts with a minimum weight and a maximum aerodynamic opportunity.

“The exhaust could be one example of close cooperation. The best exhaust for the dynamometer gives absolutely no concession to the aerodynamic performance of the car, whereas the best exhaust for aerodynamic performance has no space at all. The exhaust has a big impact on the power of combustion [of the ICE], so chassis and engine teams have to meet and agree on the optimum. But we could talk about heat exchangers, the position of the oil cooler, the shape of the airbox, etc.” 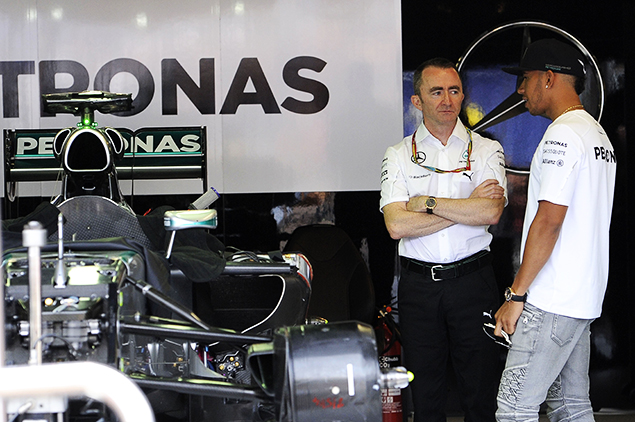