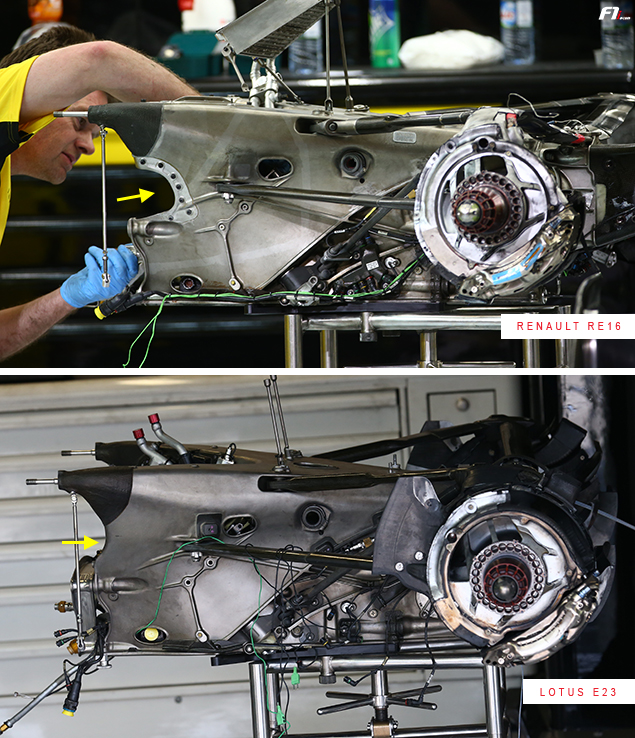 Enstone engineers only had a few weeks to fit a Renault power unit into a chassis that had been initially designed around a Mercedes engine. With little time in hand, their decisions were logically more driven by pragmatism than by radical sophistication.

Let’s take the gearbox for instance, which has been adjusted to the Viry power unit. Granted, the drive shaft is located at the same 90mm height on the Mercedes but that’s only because the technical regulations have stated so since 2014. However, the aperture for the manifold had to be enlarged to allow for Renault’s more voluminous exhaust system.