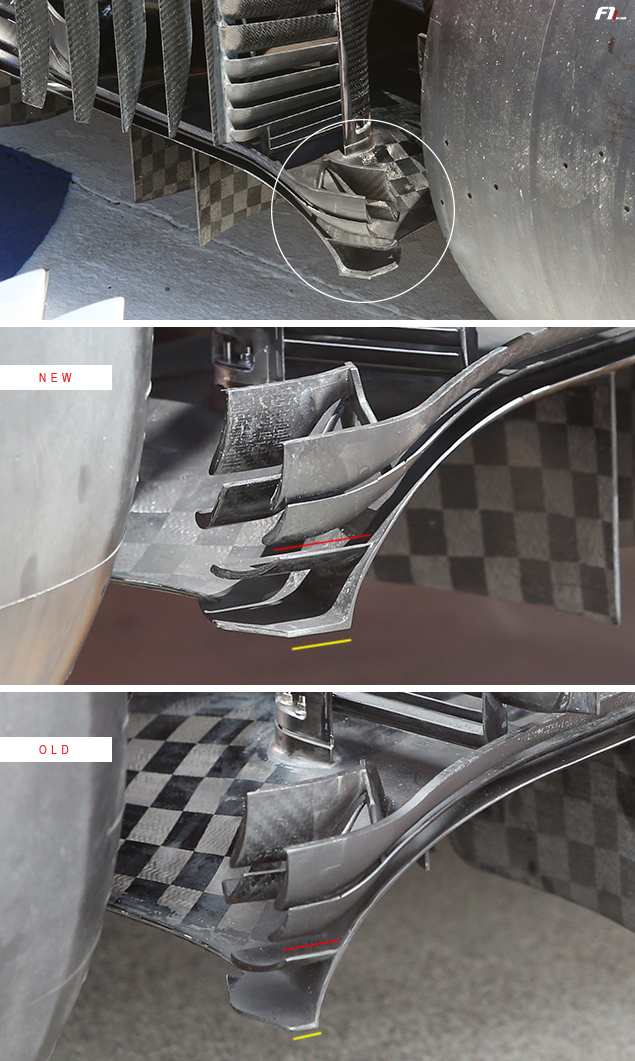 Few novelties were visible on the SF16-H in Bahrain, with the Maranello charger suffering another retirement due to poor engine reliability. The winglets located on the edges of the diffuser, which feature amongst the most critical areas on any F1 car, have been extended.

It is assumed that the double herringbone flap aims at cleaning the dirty wake coming off the rear wheels in order to ensure optimum operating conditions for the diffuser. Minimising the turbulence would ensure the interaction with the vortex that seals the edges of the diffuser remains limited. Given the double flap’s positioning, the device would thus create a thin and highly energised layer of air that would suck the dirty air that abounds in the area upwards.