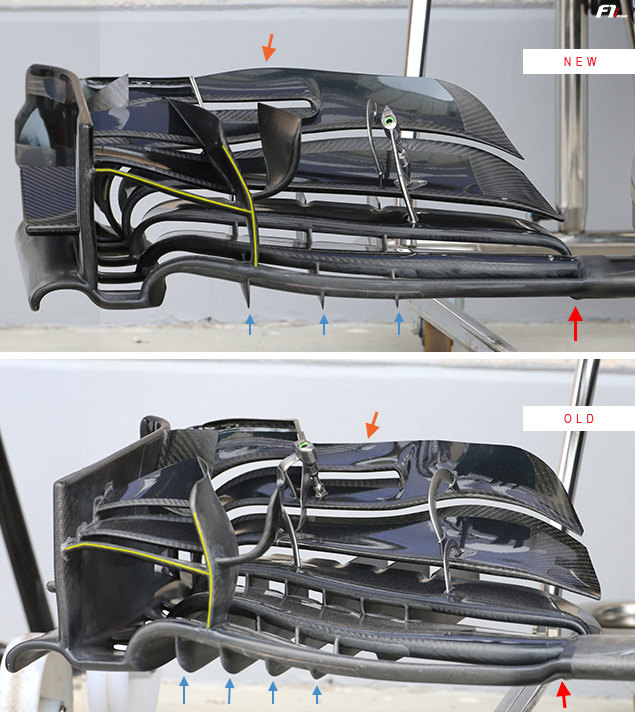 IT’S ALL IN THE DETAILS AT MCLAREN

Unleashed at the second pre-season test in Barcelona, the McLaren-Honda MP4-31’s front wing has already been tweaked, which might indicate that the design was not yielding the expected results. While these look like minor adjustments, the effects were deemed important enough to vindicate the manufacturing of a new part.

The vertical strakes (see blue arrows) under the main plane have been reduced from four to three with more space in between each element. The junction (see red arrows) between the wing’s main plane and neutral centre section appears to be smoother, while the curved inner vane has an even rounder shape (see yellow arrows). Last but not least, the top edge of the upper flap has also been revised (see orange arrows).