You have to love a racing formula with a “lucky dog” lap, presumably best pronounced with a Southern drawl. For the sake of clarity, it’s officially a Beneficiary Rule, so that the closest lapped driver to the front of the field is allowed to gain one lap back. 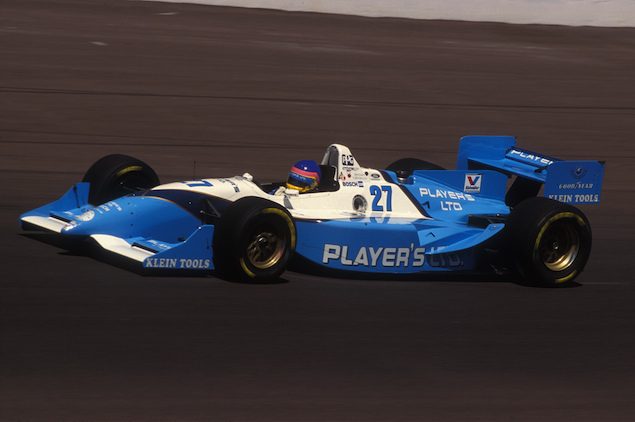 “Back then, though, you stayed where you were so that’s why we thought it would be tough. From then on, instead of doing a normal oval race where you pace yourself, we had to do quali laps all the way through, which is not normal at Indy, so that was crazy. It was really hard to fight the Honda and the Bridgestone tyres at the time, as they were really leaps ahead of us all on the ovals, so Goodyear brought a tyre that had never been tested. People were just bolting it on.

“It’s amazing - these good old days where you could do stuff like that and take risks. It was amazing that they took this risk. We let some other teams put it on first. We waited until the second pit stop to put them on, and at that point, one time I overtook the leader in the pits. So we came in the pits, I was just a lap down under yellow, and came out of the pit just in front, so on the restart, I managed to stay in front and a few laps later there was another yellow flag so I got back to the end of the queue and I recuperated one more lap. “We can still get some good points” I thought.

“Later on in the race, I overtook the leader on the track before a safety car and then got back to the queue. Then in the closing stages, suddenly we’re behind a safety car and I’m second. How did we end up being second? It was crazy. We didn’t see it happen. It just kept progressing. Every lap I was looking at the central post, the tower, and I could see my number go up and I thought, “OK, That’s good. OK, we’re in the points now. Get a few points, work on the championship.”

“Somehow, we really had a good race setup. We had worked really well preparing and we had amazing mileage (in terms of fuel consumption.) I could always do two or three laps more than anybody. We really worked on that. On fuel, we were really good and we were pushing the limit also just to try and get something going, to the point where on one of the runs, early on, we ended up on the canvas of the tyres because we did just too many laps and we didn’t know. I went through turn two completely sideways to the point where I was looking at the grass on the inside.

“I couldn’t see the racetrack anymore and I was still on the gas and thinking, “OK, how do I spin without crashing? So I can bring some points home.” Just by the end of the corner, I was still on the gas, I straightened up, a foot from the wall, I had done the proper racing line sideways the whole way through the corner and just maybe lost a couple of miles per hour - nothing. It was like a rallycross corner at Indianapolis. I thought, “Wow!” So that felt good.

“I was really angry because they missed it on the TV. At that point, I thought, “OK, maybe it’s time to pit.” The tyre was on the canvas. After that, we calmed down a bit. The whole race was like that, just really going for the limit.”

This all seems like something out of the Stone Age, with the team unsure of what position its driver was in the race, no clue how long to run on untested tyres, but there was still room for more drama, if you call being hit painfully by the ends of your seat belts a drama.

“During practice, the belts were too long and at speed, they were flapping and hitting my balls. I couldn’t concentrate so, for the race, we cut the rounded tips that stop the belt sliding through the buckle. Then, at some point in the race, I had a plastic bag attach itself to my antenna on the front of the car and it was flapping so I couldn’t see anything.

“We were behind the safety car so I loosened the belts to reach forward and remove the bag. Then I remembered I cut the edge and that if I made them too loose, they could actually come out. I just thought about it in time when there was only an inch left of belt. So I managed to pull them back.”

At the final restart, with around 20 laps to go, Jacques realised he was on for a podium.

“We’re running second. Wow! That’s amazing.” Ahead of me was Scott Goodyear, who was unbeatable on race pace and with 10 laps to go, there was no traffic, so there was nothing I could have done to get past. I thought I’d be second for a second year in a row, which would be good for the championship. “The guys that I’m fighting with in the championship are behind. Great! I was happy.

“But I thought, we’d come so far so let’s still try. The last two laps behind the safety car, I kept putting pressure on Scott. I was accelerating, braking, getting next to him, moving, making sure he could see me in the mirrors. We came out of turn three and I saw the Safety Car was going to go in, but at the entrance to turn 4, Goodyear overtook it because we’re all travelling at speed. So I hit the brakes and everybody behind me hit the brakes. Then the safety car pulled in.

“I had to block Christian Fittipaldi because he had the run on me and luckily he backed out. From then on, I just ran at my pace and five laps later, Scott Goodyear got a black flag, which he didn’t obey so he got disqualified. If not, without that, I wouldn’t have won that race and without that win, I wouldn’t have got the call from Frank (Williams) and all of this (Formula 1) wouldn’t have happened.

“It was a fun race! Not just because Indy is important, but in the way it was won. The same way as I won the championship in Formula 1. It wasn’t banal.” 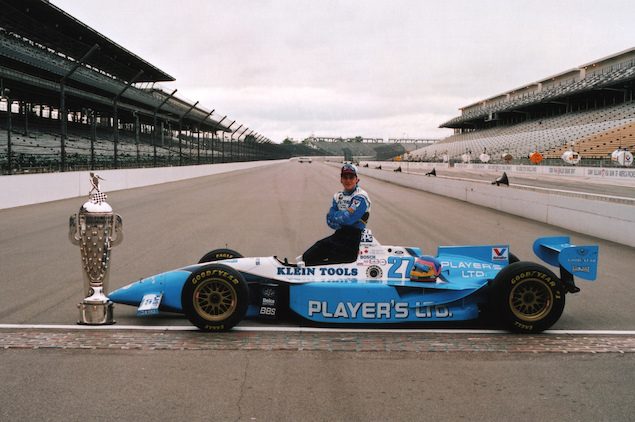 Christian Horner - Race of my life