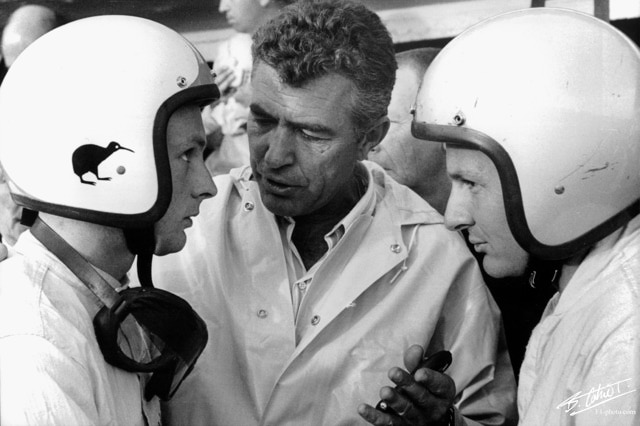 Despite the unimpressive statistics in Formula 1, Amon's potential was clear for all to see however. One man who had taken a keen interest in Amon's burgeoning talent was fellow Kiwi Bruce McLaren.

In a sense, McLaren had been Amon's role model, having blazed the trail back in the day when the legendary driver-constructor left New Zealand to kick start his career in Grand Prix racing in 1959, at the ripe old age of 22.

McLaren, armed with a brilliant technical mind, was in return particularly impressed by Amon's own feedback when it came to setting up a car. The two men started working together as they co-developed Bruce's first single-seater prototype.

In June 1966, they were logically paired together to drive for Ford in its massive factory onslaught at Le Mans spearheaded by Carroll Shelby (pictured above with Amon and McLaren).

In what was intended to be an amazing dead-heat finish for the US manufacturer's cars, McLaren and Amon were declared the winners, upstaging the sister car of Denny Hulme and Ken Miles, much to the chagrin of the latter. 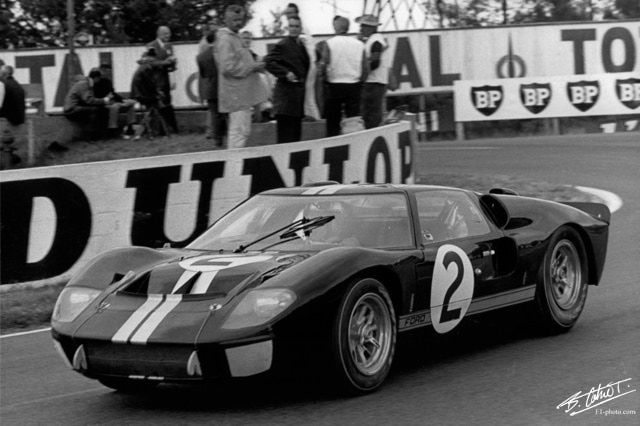