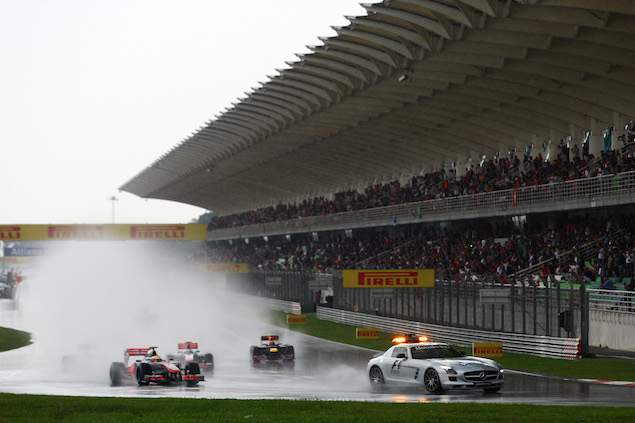 This part of the season we’re coming to is probably your busiest time. It always seems to be in Asia that you end up doing the most laps, because of the weather conditions. You have no say in when you have to go out - you just get the call, but you do have an influence on when you should come back in because you have an opinion on the conditions and when you should pit. Can you explain that procedure, how you talk to Herbie or Charlie?

The Asian events are always difficult weather-wise. If it starts to rain, it’s not a normal nice English rain. We never had rain in a race in Singapore so far, only during the practice sessions. It’s tricky to keep the car on the track sometimes. If it’s a really hard shower, for sure, we have to stop the race or show the red flag.

About the restart of the race, I can give my opinion to Race Control, what I think about the conditions, for example if there is still standing water. The grip level is difficult to assess, because the wet tyres are working differently on a race car than me on my road tyres. As it is, it’s very difficult to make any comments about that. But aquaplaning is the biggest thing. Visibility - well, I’m the leading car so my visibility is always good but I can see the spray in the mirror. Race Control can listen to the drivers, what they’re saying to the team bosses or engineers.

We always try to be absolutely on the safe side. For example, I heard a lot of comments about Silverstone this year when people asked why the Safety Car was on the track so long. In the end, it was a combination of factors: I said “from my side it looks OK.” Then they were listening to the drivers’ comments and then decided “safety car next lap in.” In the end, I think it was one or two laps more than we expected but this was for safety reasons and from my side, I have to say I agreed with it. In the end, it’s the same conditions for everybody and if you’re on the safe side I think it’s really good, not to risk anything because there is no space for any risk. 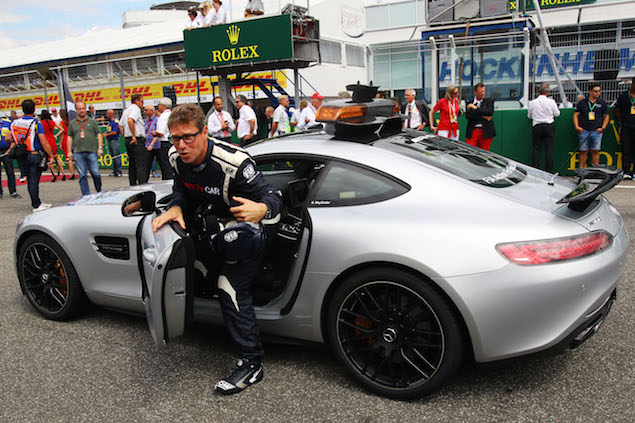 I think it was a little bit more, but with a big break in between.

I can imagine your Mercedes sports car is quite a big heavy physical thing to handle.

It’s trickier to handle in the wet because it starts to slide and you have to react. But it’s my job and I like to drive on the limit. I know I can never win a race. I know my job, what I have to do and I try to do it as well as possible. I have to say, Fuji in 2007 was the most difficult thing for me, because this was always more or less like driving in race conditions. At that time we had the CLK 63 Special Edition. It was one of the most powerful cars and it was like a beast, I have to say. In the end, we were nearly running out of fuel, quite on the limit. We could do a few more laps but no more than three or five.

It was physically quite tough. I was happy when I got the order “safety car in this lap. Switch off your lights S2” and I went in. We swapped cars and two laps later we got another call “safety car deployed” because Alonso crashed so I did another four or five laps. I like these situations. That’s the job you have to do but this was definitely sometimes really on the limit and I enjoyed that. 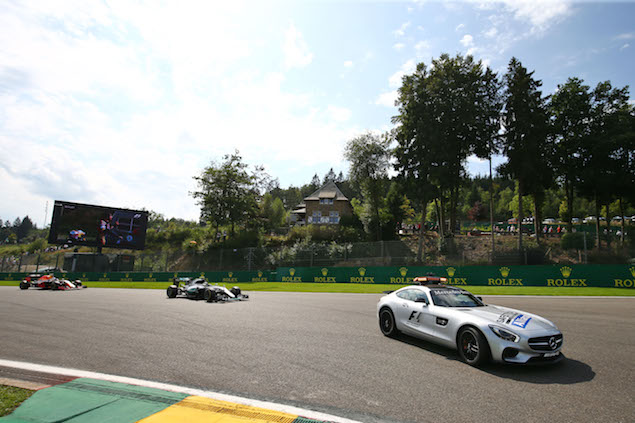 You had a successful racing career. You were a very good racing driver - endurance racing etc. By now, I guess you’re used to it, but psychologically, how does it feel to be in all these races and not to be racing?

At the beginning, I did both - I was driving the safety car and I was racing in DTM, in Porsche as well, later in DTM again. So at that time, it was great. On one side, I was part of Formula 1 and the FIA, and on the other side I was part of the Mercedes Benz Touring Car team. That was crazy. I stopped racing because I had been running out of power a little bit, racing-wise. I had some problems with my knees, with my lung, these kind of things and I decided to stay on with the FIA job, driving the safety car. I still believe that was the best decision I could have made.

You have to really understand what your job is in Formula 1 and my job is to drive the safety car. You have to see a lot of things in a different way. You have to know why you are here. You are not here for racing. You don’t have to do the best lap times.