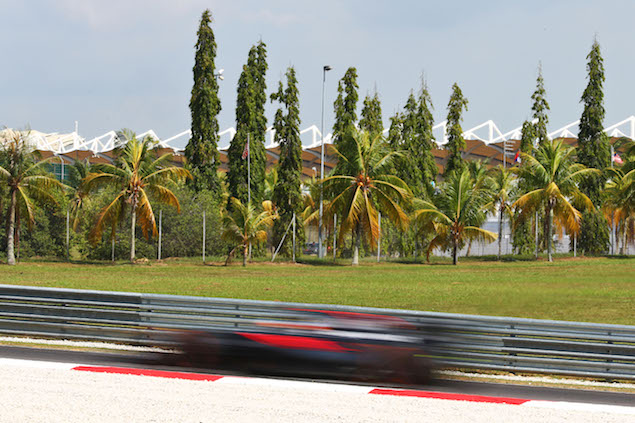 Fernando Alonso
“It was definitely a very exiting race for us today, with some great battles.

“Having started from the very back, we recovered some good places at the start – and were lucky not to get caught up in the first-corner accident. I was actually surprised by my position, because I’d already got into the points after just a bunch of laps.

“At that point, we had some debate over the radio about the strategy – about whether to be aggressive or more conservative. Eventually, we decided to attack and use all the new sets of Option tyres we had left over from qualifying. The final Virtual Safety Car certainly played in our favour, because it allowed us to use the last new set.

“After this weekend’s penalties, we needed some luck – and we got that today!”

Jenson Button
“My race wasn’t too bad – but I got so unlucky with the Virtual Safety Car. The cars behind me were on a three-stop and I was on a two-stopper – then, three laps after I pitted, there was a Virtual Safety Car, which meant they were all able to gain 15 seconds on me for free. It’s a shame I missed it – but luck has not been on my side for these last few races.

“I was actually up into fourth position at the start before a couple of cars dragged past me on the opening lap.

“The two-stopper was the better strategy today, but it’s too difficult to make work when there’s a VSC; I was looking good for seventh up until that point.

“Hopefully I’ll have a bit more luck in the last five races.”

Eric Boullier, racing director
“To be looking at two points’ finishes after starting one car from last position on the grid is an extremely satisfying result – and a real testament to the progress we’re continuing to make at McLaren-Honda. The split-strategy reaped dividends for both Fernando and Jenson, and the pit-crew executed five faultless pit-stops, including a double-shuffle, which is always a stressful moment in any race.

“Fernando’s charge through the field may have been fortuitously assisted by an opportune Virtual Safety Car period, but he was already inside the top 10 before making his final stop. He benefited from our aggressive three-stop strategy, and drove with all his fire and bravado to make up 10 positions on the opening lap alone.

“Jenson, driving in his 300th grand prix, was no less impressive – but he was desperately unlucky to make his second, and final, pit-stop just a few laps before the Virtual Safety Car handed his rivals a free, and unexpected, stop. To be clear, the two-stop was the fastest option to the chequer, and he was nicely lined up for the rest of the race – until the Virtual Safety Car. That’s motor racing, but we all know that Jenson’s driving is worthy of greater reward than ninth, and I’m sure that will come his way in these final five races.

“Now, we look forward to the next grand prix, at Suzuka, Japan, in seven days’ time. For Honda, it’s the most important and prestigious race of the season, and, buoyed by our result this weekend, we’ll be aiming for another good showing next week.”

Yusuke Hasegawa, Honda R&D head of F1 project
“I am very happy about the great drives from both drivers today, with many on-track battles. The team also did a great job with a solid strategy that helped us bring both cars home in the points.

“We battled strongly with Williams and Force India throughout the race, and it was a shame that we couldn’t get fully in front, but I think we had very strong race pace, so it’s an encouraging result looking ahead to our home grand prix in Suzuka.

“It was unlucky for Jenson with the Virtual Safety Car and his pit-stop timing, but he drove well and had consistent race pace throughout. Fernando, as usual, had a very good start and a strong charge through the field to finish seventh, another amazing result similar to Spa-Francorchamps.

“Today’s brilliant drives and double points finish are a great motivation for McLaren-Honda.”