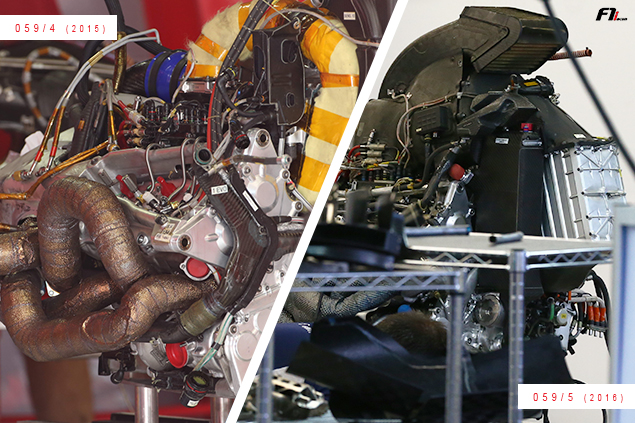 A lean-burn engine works with an excess of air, which means a quantity of air that is higher than what is theoretically required for the entire fuel combustion. The technology is appealing in that it leads to a reduction in fuel consumption (or a surge in power for the same amount of fuel).

In reality, lean-burn combustion is very complicated to implement, especially as it increases the risk of knocking, i.e. uncontrolled explosions of the fuel. Knocking disturbs the combustion process, which affects performance, and can also damage the inside of the piston. A turbocharged engine is even more prone to knocking due to higher thermal loads than on a normally-aspirated engine. In order to prevent this risk, oil manufacturers involved in grand prix racing increased the octane rating of the mixture as early as 2014 in order to make it less reactive. Engine makers, for their part, looked for ways to improve the ignition process and have better control of how the flame propagates.

Both have been interested in techniques of pre-chamber ignition, which has been used for a long time on diesel engines. Ferrari’s piston partner MAHLE put forward one of these technologies to the Scuderia – called ‘Turbulent Jet Ignition’ (TJI) –, with Ferrari debuting it on its 2015 Canadian Grand Prix engine upgrade.

To simplify things, TJI can be summarised as follows: since the lean-burn mixture is hard to ignite properly, even more so with technical regulations mandating a single spark plug per cylinder, said mixture is moved away from the spark plug (which is lodged in a separate combustion pre-chamber) and ignited in several places and in a more diffused way. 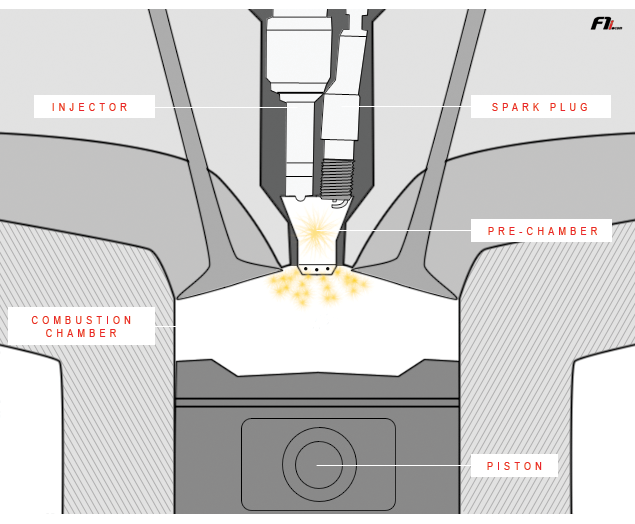 As shown above, a very small pre-chamber overlooks the main combustion chamber. The pre-chamber, which houses the spark plug and single direct injector – as per article 5.10.2 of the technical regulations – is separated from the main chamber by a louvred nozzle.

How the system works exactly on the Ferrari power unit remains unknown (the TJI system patented by MAHLE uses two injectors), which means we are forced to speculate in an exercise of educated guesswork. One can suppose the injector introduces into the pre-chamber a certain quantity of the air-fuel mixture (lean-burn), which is then sprayed into the main chamber. The pre-chamber would then be filled with a rich-burn mixture, albeit in small quantity, that would be pre-ignited by the spark plug.

Following the detonation, the richer mixture, partially burnt, would go through the louvers to form ignited turbulent jets on the other side of the nozzle. These would fall into the main chamber and ignite the lean-burn mixture. In other words, the lean-burn mixture would not be ignited directly by a spark plug but thanks to several spurts of the partly inflamed rich-burn mixture. That way, this would create several ignition areas, scattered around the main combustion chamber, which means a faster combustion but even more importantly, a more stable process that is therefore less exposed to knocking.

“The newly developed MAHLE Jet Ignition lean burn combustion process relies on a special surface ignition, which in turn allows for higher engine performance,” reads a statement from Ferrari’s partner. “The ingenious trick here is that the air-fuel mixture is preignited in a prechamber around the spark plug.

“This results in the formation of plasma jets that reach the piston primarily at the outer edge and ignite the remainder of the mixture. While ignition normally takes place in the center of the cylinder, with MAHLE Jet Ignition it essentially takes place from the outside toward the inside. This allows significantly better combustion of the fuel mixture. The result: more power with considerably less residue.”

The intricacies of TJI remains little known and as F1 technical expert Craig Scarborough noted in an article published in Race Tech over the summer: “the presence of an injector in the pre-chamber may contravene the accepted definition of a direct injector.” Ferrari did manage to have its power unit homologated by the FIA, so it must have found a way to use the pre-chamber ignition technology all the while abiding by the technical regulations. 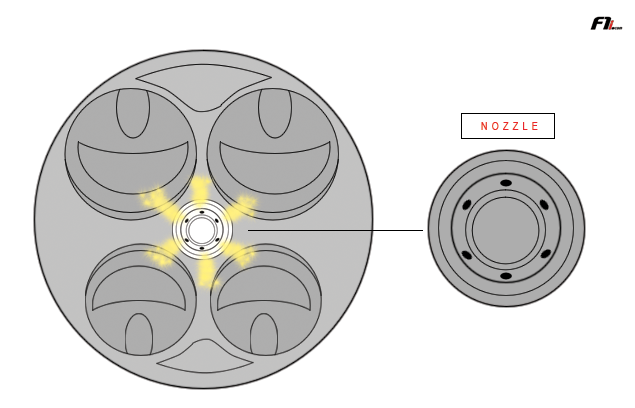