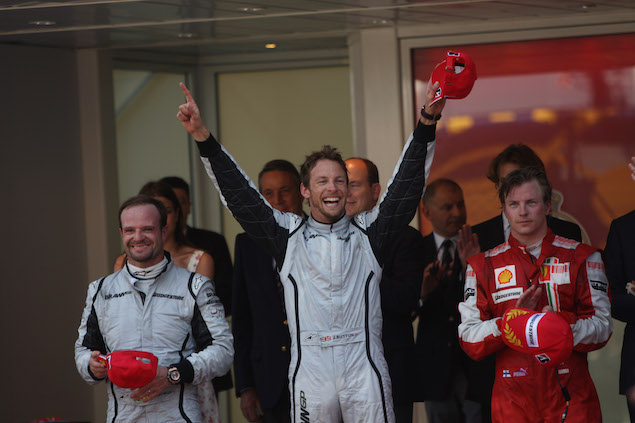 Monaco. The big one. The jewel in the triple crown with Le Mans and the Indy 500. Evidently, given his momentum at the time, Jenson wasn't going to let anyone upstage him in the glitzy Principality. In fact, his only mistake all weekend was parking the car in the wrong place after a dominant win on Sunday!

Button's lights to flag win was exemplary. The Brawns caused a bit of a stir when the tyre warmers came off on the grid, revealing a choice of softer rubber which most had avoided. But one of the Brawn's inner secrets was exactly its ability to get the most out of its tyres, especially the soft ones. Button got off the line perfectly and never looked back, clinching his fifth triumph in six races! But for Jenson, the real joy came because it was “Monaco baby!”.