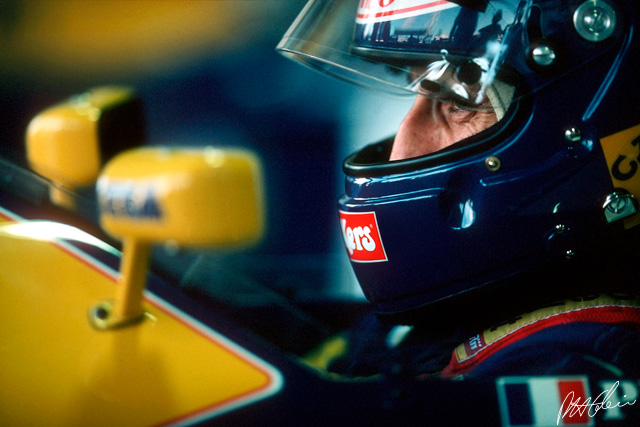 The 1993 Portuguese Grand Prix offered a wide range of interests, not least of which was speculation that Alain Prost could bag his fourth title with two races still to run. Before heading to Estoril, the Frenchman enjoyed a comfortable 23-point lead over his Williams team mate Damon Hill, while arch rival Ayrton Senna, although mathematically still in contention for the title, had only a remote chance of remaining in the hunt.

Prost's season had started with the Frenchman coming out of a sabbatical year which had followed his acrimonious split with Ferrari. His interest in F1 rekindled, he accepted Frank Williams and Renault's offer to join the Didcot-based outfit but only as its prime driver. A stance which left Nigel Mansell out in the cold, but also the prospect of Williams hiring Ayrton Senna who Frank had been courting for some time.

Armed with the highly efficient FW15C, Prost kicked off his campaign with victory in South Africa, and then building his title bid over the summer with four consecutive wins. Senna's McLaren, deprived of its Honda power in 1993 unfortunately as a consequence of  the Japanese manufacturer pulling out of F1, was a match for Williams on occasion thanks to its driver's outstanding talent rather than its Ford engine. 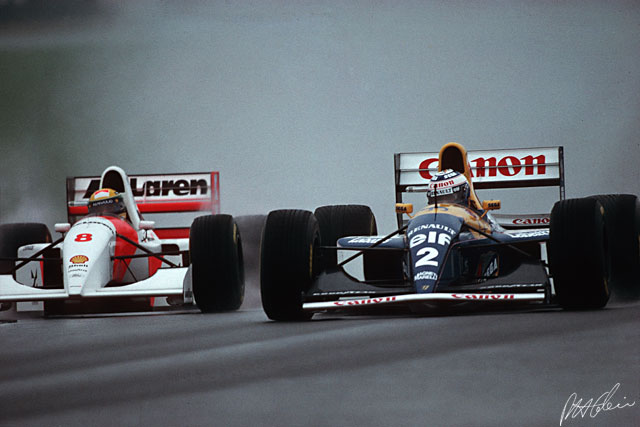 In Estoril however, the Brazilian stole everyone's thunder after Friday's first practice session. Reporters converged towards the McLaren transporter where Senna was set to speak. In his typical slow and concise way, tinted with a bit of  uneasiness, he announced that he would no longer be racing for Ron Dennis' team, confirming publicly a decision he had reached personally months earlier. He gave no hint as to where he would be racing in 1994, but all eyes were on the big blue and white transporter next door.

Immediately after the announcement, the surprised congregation of journalist was informed that Renault-Sport would be hosting a press conference of its own with Alain Prost a few hours later, and that an announcement was to be expected. Sure enough, flanked by Frank Williams and Renault boss Christian Contzen, Prost delivered the day's second shock wave, revealing that he would be retiring from motor racing at the end of the season.

"It is a decision that I have reached after careful consideration throughout the year," he said. "It has not been taken in a hurry at all. I reached the final decision about a month ago, and immediately informed Frank and Renault, but only told my family last week."

The following day, Prost secured the title and never looked back on a decision which in the end left the Frenchman with 51 wins and four world championships after thirteen seasons of Grand Prix racing. While perhaps viewed as circumstantial in the way events unfolded in 1993 and in light of Senna's own maneuvers behind the scenes, Prost's decision simply complied with the spirit and desire of a man who had fulfilled his life's ambition.

At 38 years-old, the 'Professor', who had indulged so successfully in the precise art of high-speed driving, decided the time had come to bow out.

"I feel after so many years at the top that I should be allowed to take a rest," he concluded. "It has been a long and difficult career. I feel I have given a lot to the sport, and I want to leave with a smile on my face." 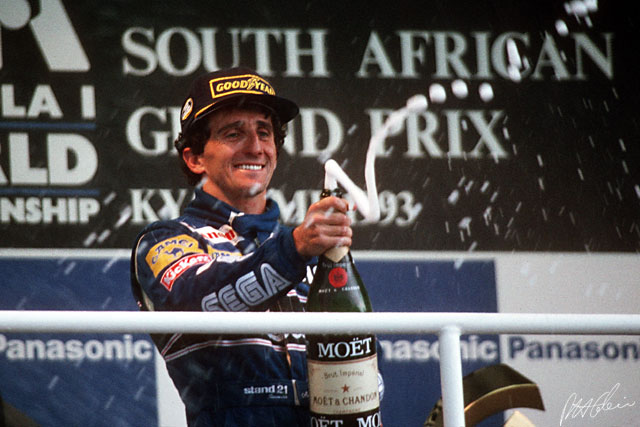