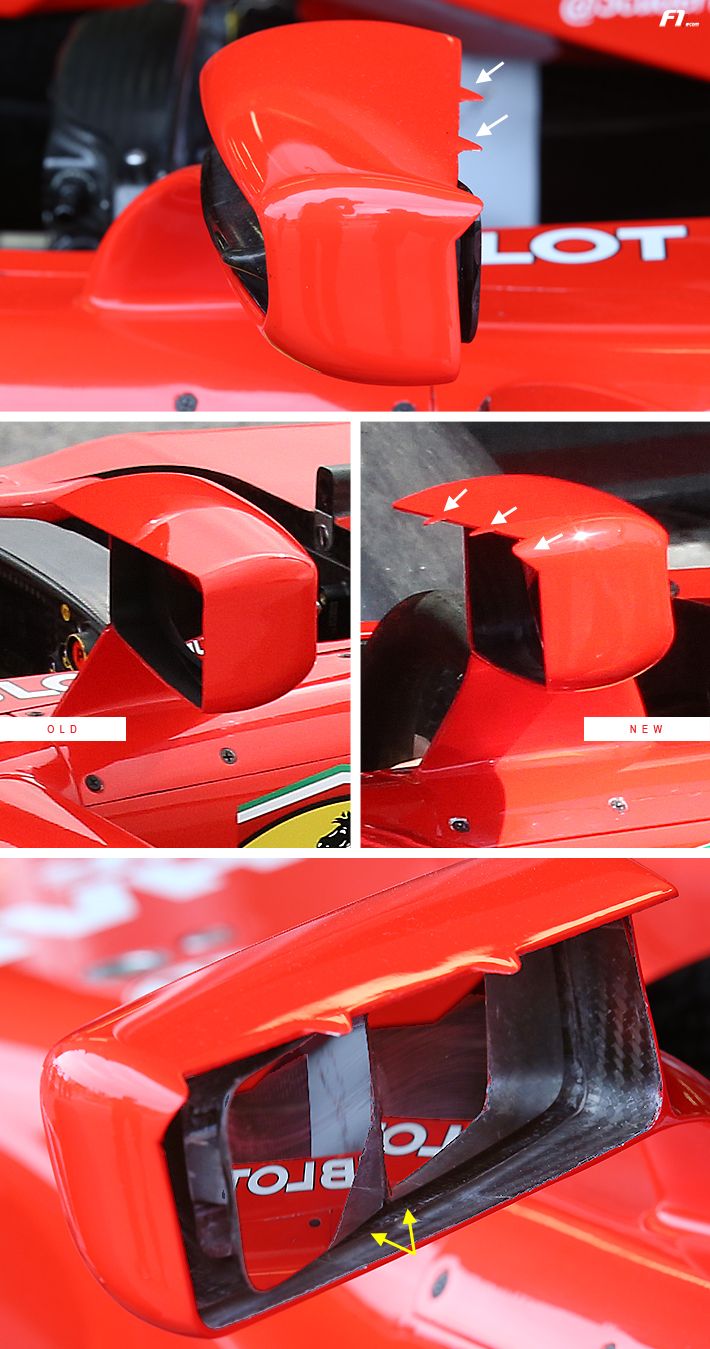 In Baku, Ferrari added two triangular mini-vanes on the top of its mirror, while reshaping its upper corner. One could think that these small triangles produce tiny vortices, which energize the airflow in the wake of the mirror, that is to say on the topside of the sidepods, towards the rear wing.

Actually, as revealed by Auto Motor und Sport, the teeth have been added after Red Bull discovered that the cover in the mirrors area didn't comply with the rules.

As we know, the rear view mirror of the SF71H has an opening on the front of its fairing. The air enters and bypasses a second fairing (internal and black), before emerging on the other side around the mirror itself.

It seems that this hollow fairing of the mirror does not serve to direct the airflow towards the upper sidepod inlet, contrary to what was thought at first.

Put simple, its role would rather be to improve the airflow towards the rear wing and diffuser. Its shape would certainly create a little more drag, but it would also generate a wake of higher pressure, more energized than with a conventional design, which helps the elements further down (the rear wing and the diffuser) in generating downforce.

Note, in the last picture, that the mirror contains two mirrors, slightly offset, to provide a viewing angle as wide as possible.

Scenes from the paddock - Baku