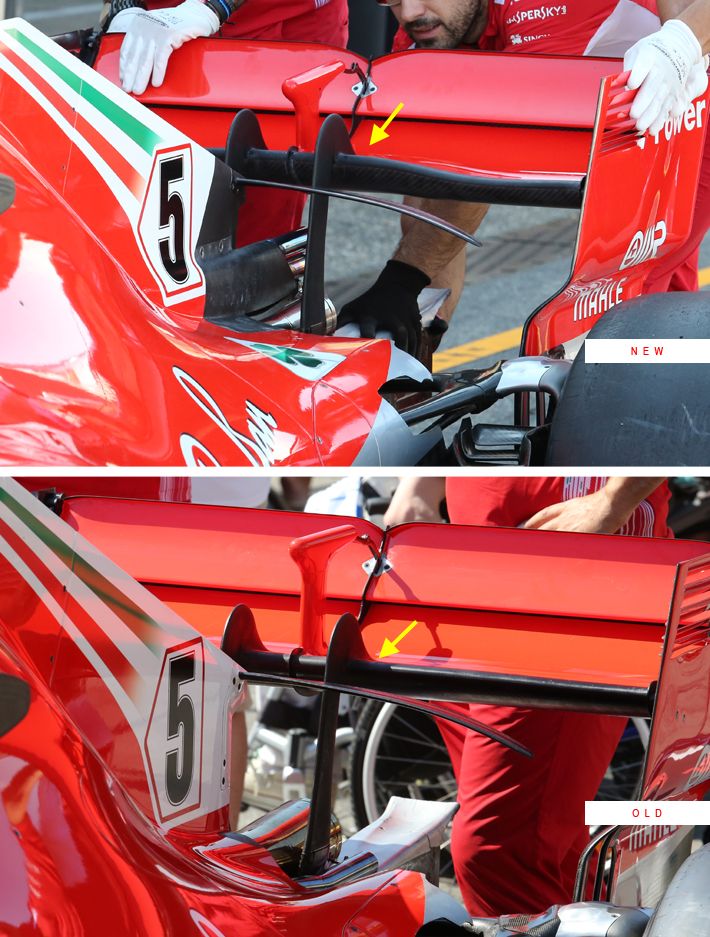 Moving the wastegate ducts went hand in hand with a modification of the rear wing on the SF71-H.

On the new model, the leading edge of the Ferrari's main plane is much thicker, as if it were trying to direct more air to the underside of the wing. An excess of air which the rear wing, blown by the MGU-H, could “absorb” and convert to additional downforce. This design of the rear wing had already been tested by Sebastian Vettel during private tests organized after the Spanish Grand Prix, proof that the idea had already been in the ... pipeline.