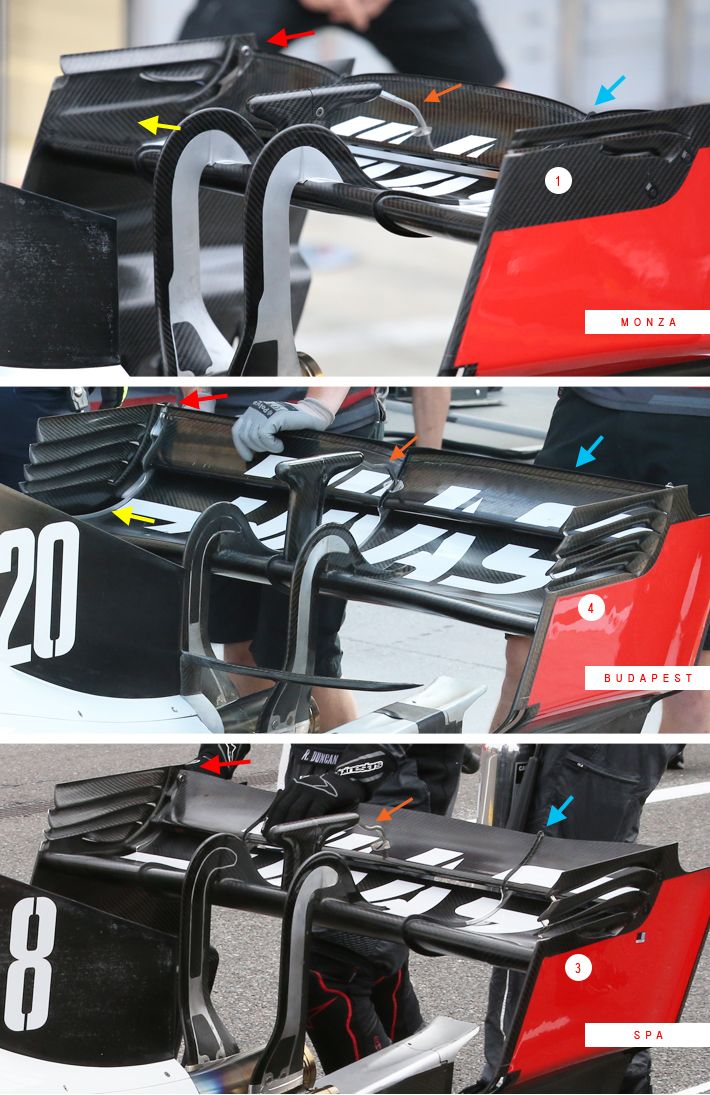 OFF THE BEATEN PATH

Even if it shares many parts and pieces with the Ferrari, the Haas has its very own aerodynamics, especially in regards to the design of its rear wing, which is unique.

On the version chosen for the Italian Grand Prix – quite different from the 2017 model – the trailing edge of the upper flap is not rectilinear or cut at its centre, but it collapses at two points (compare the blue arrows). This double curvature is not found on the version used at Spa, which also has more slots (three instead of just one at Monza, while the “high downforce” version used in Budapest had four).

Monza-spec rear wings are expensive one-off endeavours, bearing in mind that the case housing the DRS mechanism has to be re-designed while the front wing must be changed as well in order to keep the aero balance of the car.

F1 teams often bring several versions of their rear wings to Monza and use Friday’s free practice to sample them. One of the deciding factors is the impact each design has on tyre wear.