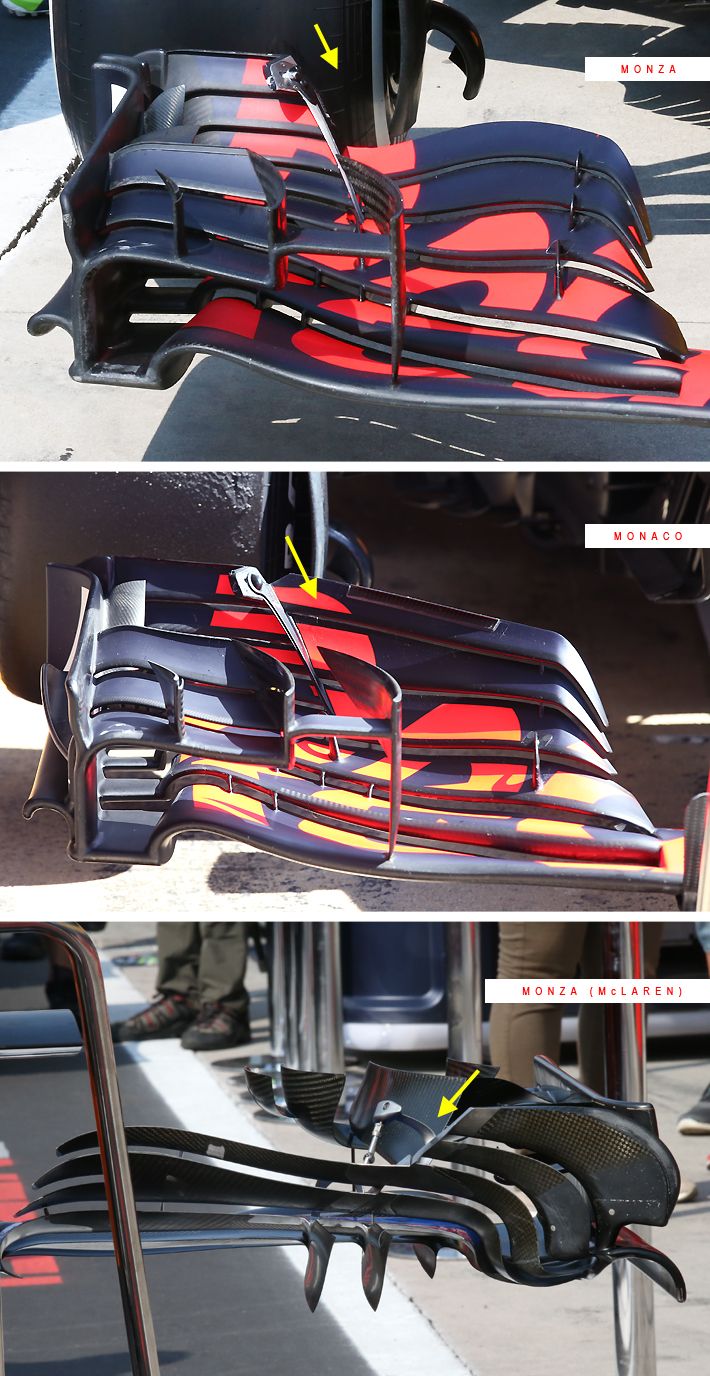 AT THE FRONT, TOO

If we lower the load on the rear wing, it must be reduced at the front, too, in order to have a balanced car from an aerodynamic point of view:

In the picture above, we note that the engineers of Red Bull have quite simply removed some flaps from the front wing, to compensate for the power deficit of the Renault V6 (their colleagues at McLaren have done the same). Having a powerful engine, Ferrari was able to just slightly refine the upper flap.