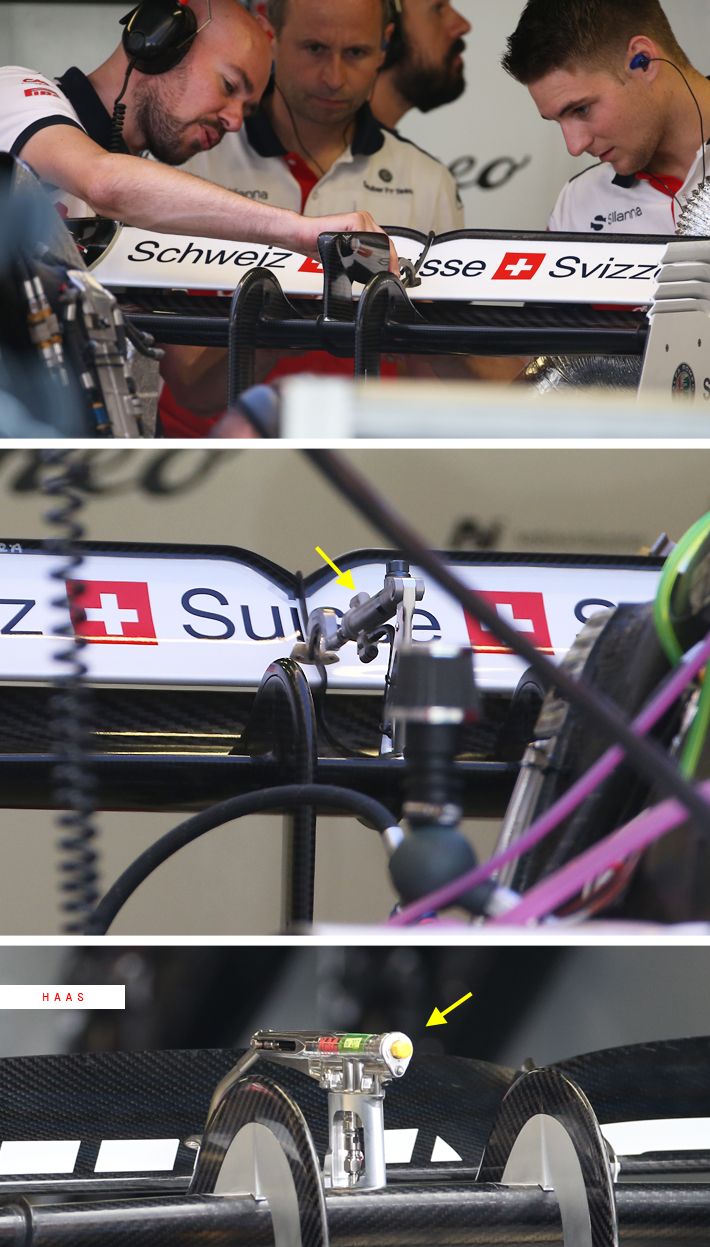 It was because of a malfunction of the DRS that Marcus Ericsson’s Sauber tumbled head over heels during Friday’s free practice session.

The flap controlled by the DRS did not close with braking at the entrance of the first chicane, at the end of the pit straight, propelling the C37 into the barriers.

At Sauber, the flap closes normally when the driver lifts his foot off the accelerator pedal – even though he can manually deactivate it by pressing a button behind the steering wheel. The malfunction was corrected by the Swiss team on Saturday.

First seen in 2011, the DRS (for “Drag Reduction System”) uses the car’s hydraulic system to open the flap. A duct, which runs under the engine cover, connects the hydraulic pump to the cylinder, faired in and located on the main plane of the wing. The picture above shows the mechanism on the Sauber and the Haas.