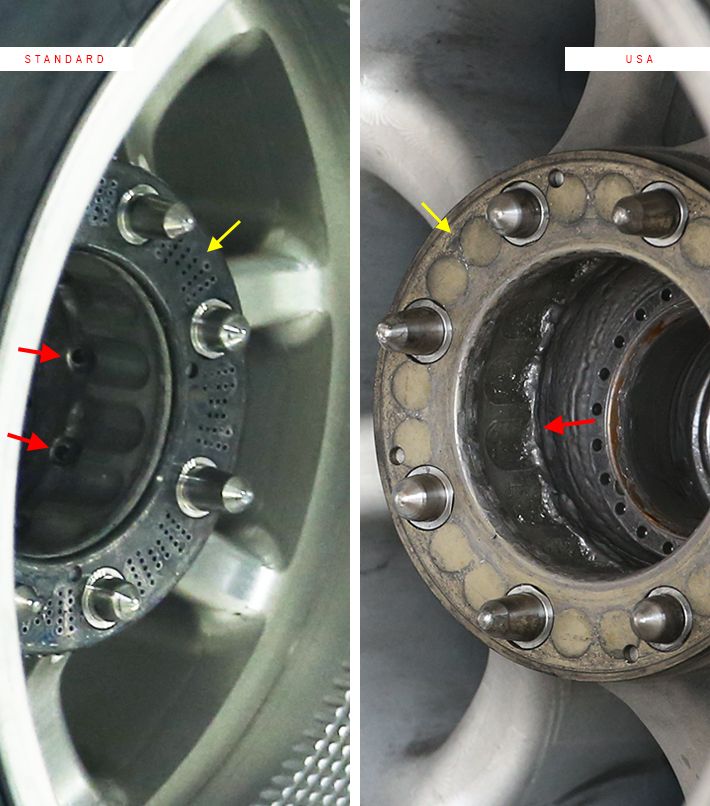 A theory emerged in the paddock to explain the reappearance of the blistering issues on Lewis Hamilton's Mercedes during the race. Last week, the FIA declared legal the rims of the Silver Arrows following a request submitted by Ferrari.

According to some journalists, the FIA approved the design of the rims on the condition that Mercedes reopen certain openings, which could diffuse air when turning and could be considered moving aerodynamic devices (which is forbidden, unlike the blown hubs, which are fixed). According to other sources, Mercedes modified the rims to avoid the risk of a post-race protest from Ferrari

It was noted in Austin that some openings were indeed closed. But is this the only explanation for the blistering phenomenon? The reduced amount of running in the dry and the late decision by Pirelli to increase the tyre pressures could have also played a role.