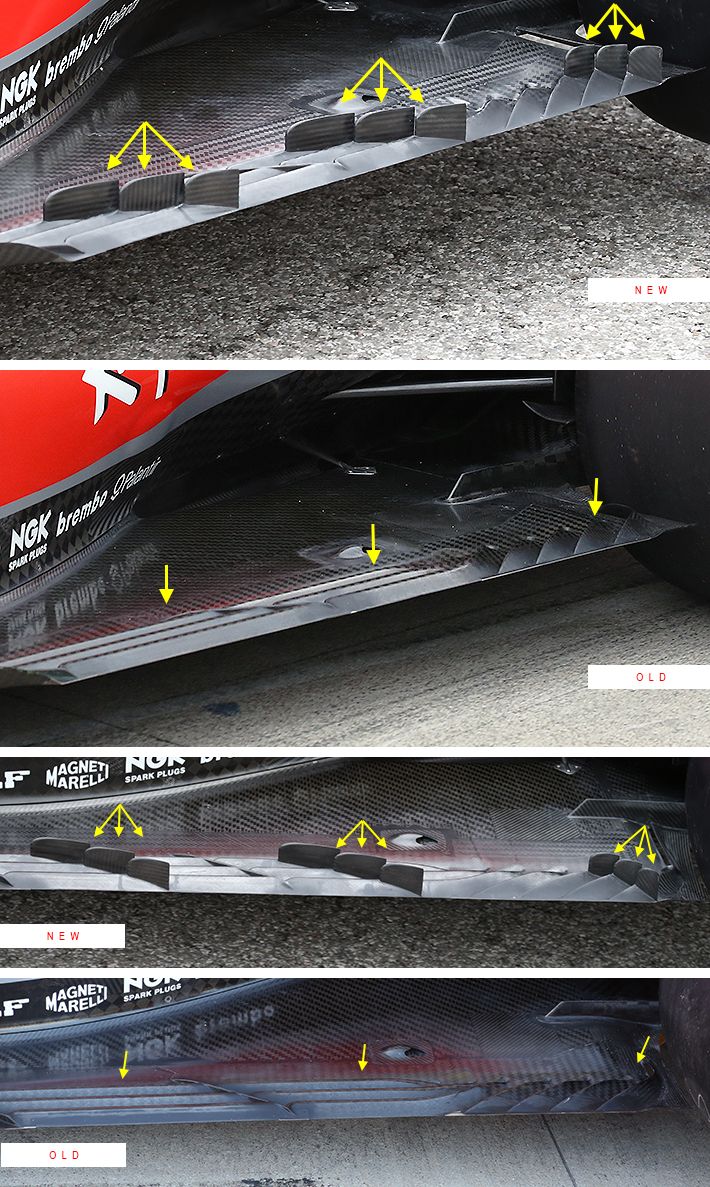 A DEVELOPMENT AT RACE PACE

Despite a significant deficit in the provisional drivers’ standings, Ferrari has not given up on evolving its car. In Austin, the Scuderia therefore evaluated several developments on the SF71H.

First, the Italian team tested a new version of its floor, just two weeks after having modifying it at Suzuka. On each side of the car, small vertical fins were added in three places on the edge of the flat bottom, close to the slots made there.

It is assumed that these fins help these slots in sealing the sides of the floor, to prevent turbulence from slipping under the car and disrupt the operation of the diffuser.

Maranello is probably looking to collect data after noting that its latest developments did not work out as planned. In Russia, the team introduced a new front wing producing more powerful vortices and offering the theoretical possibility of further tilting the car (the volume of the diffuser thus increasing, it would generate more downforce). And to increase the "rake" made possible by the new front wing, the attachment points of the rear suspension had to be modified.

However, it seems that this modified suspension has a negative impact on the operation of the rear tyres, which tended to overheat (as was obvious in Sochi). To avoid this problem, Sebastian Vettel and Kimi Räikkönen returned to the former suspension in Japan and the United States for qualifying and the race. This is not the first time that the Prancing Horse has encountered such difficulties (the new suspension introduced for aerodynamic purposes in Barcelona had already complicated the way the Pirellis worked).

Designed to further seal the sides of the floor, the three groups of three deflectors added in Austin obviously seek to solve a malfunction in this area of the car. Testing this new floor, with and without the revised suspension, should have allowed the Italian engineers to see more clearly, but the rain during free practice has complicated their assessment.