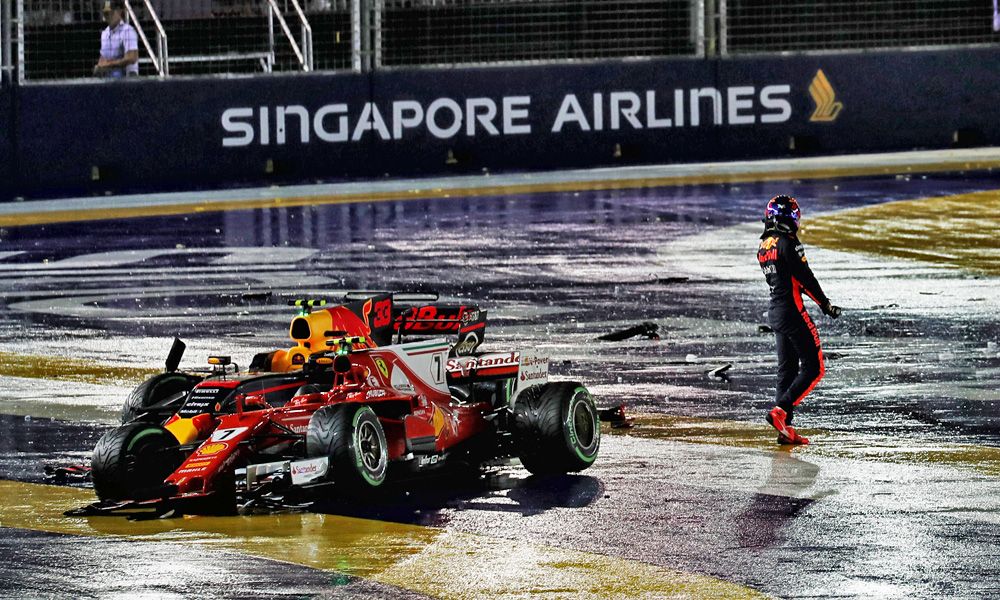 Verstappen puts retirements behind him

Verstappen's early exit in Singapore was his seventh retirement of the season. A string of reliability issues had long-since trashed his hopes of featuring in the title battle. It even left him wondering about quitting Red Bull for a team that could give him a decent car.

Fortunately that first lap exit in Singapore was also Verstappen's final retirement of 2017. In the very next race in Malaysia, he won the race after pulling off a terrific pass on Hamilton. After another podium in Japan, Verstappen picked up third career victory in Mexico.

As Verstappen suddenly found his form, Valtteri Bottas temporarily misplaced his. He had quickly silenced the doubters after moving to Mercedes at the start of the year, and was rewarded with a one-year 2018 extension just before Singapore. Then for some reason he started to struggle. Particularly disappointing was his performance in Brazil, where he started on pole only to be easily ambushed into turn 1 by Vettel. Fortunately he got a do-over in Abu Dhabi and this time successfully converted his fourth pole of the year to a third win.

Let's not overstate this talk of a 'slump'. Despite the late-season dip, Bottas still matched Hamilton and Vettel with 13 podiums in 2017. He was only 12 points behind Vettel in the drivers standings, compared to a hundred ahead of Kimi Raikkonen. Bottas had the best average qualifying position over the 2017 season with an average of third on the grid. He and Raikkonen were the only drivers to make it through to Q3 in every race. By any reasonable standard his year had been a triumph.

It's a bit of a puzzle as to why team bosses seemed quite so nonplussed by his efforts in their year-end poll.

Lowe explains why Massa decided to bow out