Balance supersedes top speed when it comes to the Hungaroring and its notoriously twisty layout, but good velocity down the main straight is still a handy asset.

Top speed will help set up an overtaking opportunity at Budapest's Turn 1, the only corner on the 15-turn, 4.381km track where a driver stands a reasonable chance of passing a rival.

But with so much more time to gain overall around the track's twisty section, especially in qualifying as grid position is paramount, aero configuration and set-up work is focused first and foremost on a car's handling.

In qualifying, poleman Lewis Hamilton was just 1.5 km/h faster than Max Verstappen's Red Bull down the main straight, which, added to the Mercedes W12's slightly superior balance, delivered a 0.421s edge for the Briton over Verstappen in Saturday's top ten shootout.

But to thicken the plot, Mercedes and Red Bull have opted for different tyre strategies for Sunday's race, with the Brackley squad targeting on paper a one-stop race by launching its drivers on the medium tyre while the bulls will blast off the grid with the soft compound bolted on to their RB16Bs.

Unless Verstappen's succeeds in out-dragging his Mercedes rivals down to the first corner at the start and upholding his lead, the Dutchman could be hard-pressed to beat Hamilton to the checkered flag this afternoon. 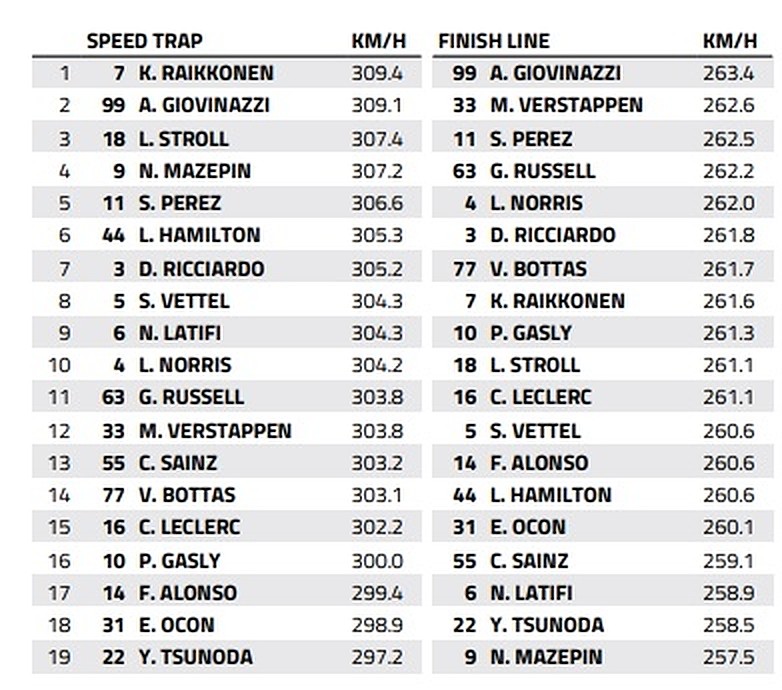