Ferrari's Charles Leclerc says he'll adapt his driving in the future if Max Verstappen's move against Lewis Hamilton in Brazil remains unpunished by the stewards.

Mercedes has requested a review of the lap 48 incident that occurred between Verstappen and Hamilton at Interlagos' Turn 4, hoping the stewards will have another look at the Dutchman's maneuver and possibly sanction the latter.

Should the initial decision remain unchanged, Leclerc will take note but in that case, overtaking a driver on the outside will become very difficult in the future according to the Monegasque who drew a parallel between last weekend's incident and a similar moment he experienced with Verstappen in Austria in 2019.

"You always need to adapt to every situation, every decision the stewards are doing," said Leclerc in Qatar on Thursday.

"As soon as I knew that it wasn't a penalty for Max in Austria, I came to Silverstone and I changed my driving.

"So I think that's a bit the same for every driver, we will always try to race at the limits of what we're allowed to do. And that's what I will do if in case these things are allowed. 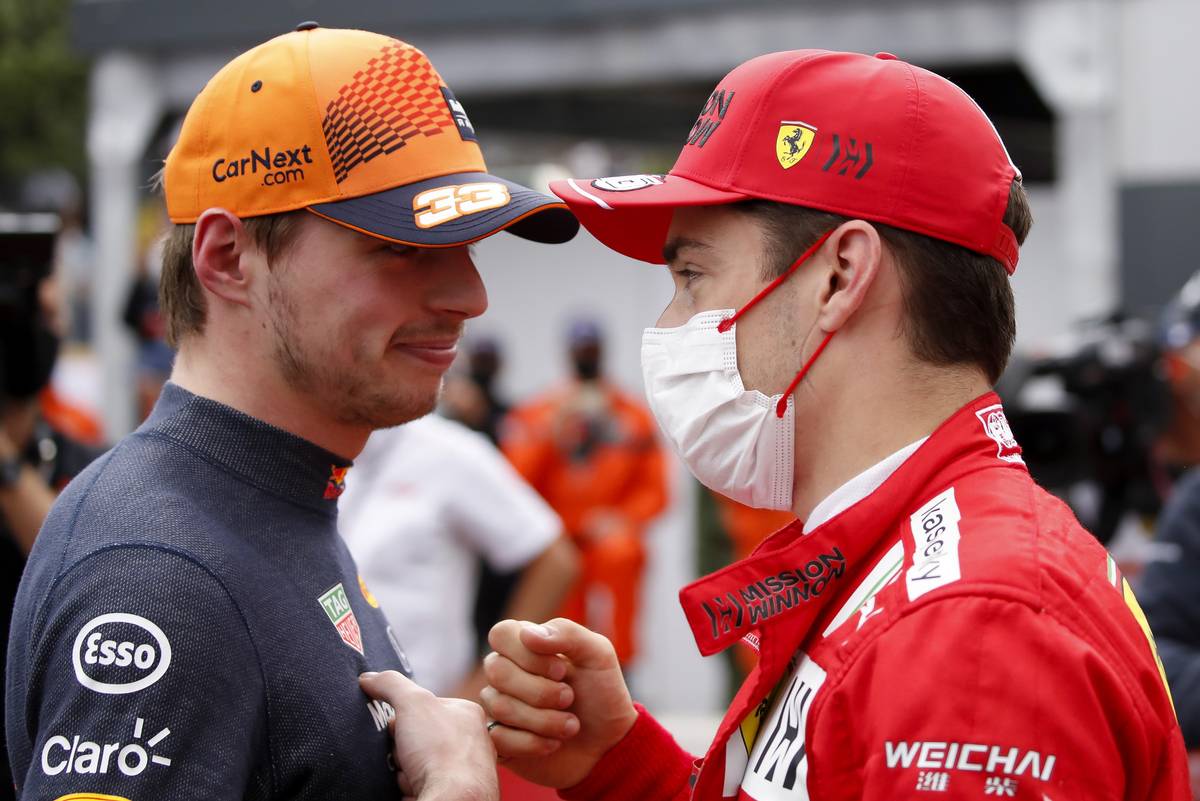 "Austria it was a bit of a different situation again, and after that we could race a bit harder, which I think was good for F1, for the show.

"This situation was another one. I'll leave it to the stewards to just see what they think."

Leclerc said that he was indifferent to the outcome of a potential review, but as a driver, he underscored the need for absolute clarity on what is allowed.

"Honestly, I really don't mind," he said. "But whatever is allowed, then I just want it to be clear as a driver. That's the only thing that matters to me.

"If this is allowed, then overtaking around the outside is going to be very difficult.

"But yeah, whatever the situation, the decision is, I'll just adapt my driving to it; so I'm fine with both."

Last weekend, Leclerc's Ferrari teammate Carlos Sainz pragmatically suggested that last weekend's controversy would have been avoided if the run-off area at Turn 4 had been covered in gravel instead of tarmac.

"I personally think that this issue would be solved with a gravel trap on the exit of Turn 4," said Sainz.

"I think you also saw at the start a few cars - including ourselves - going wide in Turn 4. If there had been a gravel trap, we wouldn't have gone there.