Long cutouts in the floors, blown mirrors, engine planning, rear wing designs, Ferrari-style sidepods... F1i looks back at the main technical trends of the past season.

CUTS AND SLITS THROUGHOUT THE PADDOCK

The appearance of parallel slits in the cars' floors was probably the most visible trend in the aerodynamic evolution seen during the 2018 season.

These cuts are not new, since they already existed on 2017 chassis. However, they were unique, quite short and located at the front of the floor. They were present on the Red Bull RB14 and the Ferrari SF71H at the beginning of this season.

McLaren was the first to lengthen, double and move back these cuts, while the Renault RS18 displayed two reasonably short cuts right from the outset. 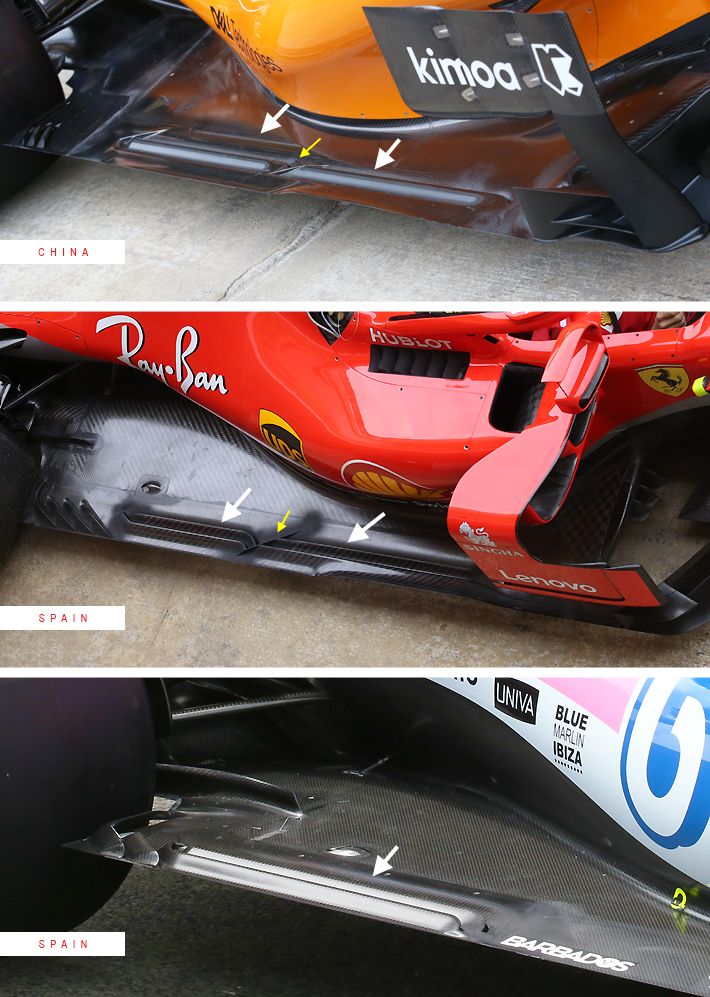 Most teams copied the idea. McLaren divided them into two parts in Bahrain, a configuration copied almost identically by Ferrari in Spain. In Barcelona, Force India also duplicated the double slits, but with a shorter design and placed further back in the floor.

In Monaco, Renault lengthened the single slit placed at the front of the floor, further lengthening it in Belgium.

At Silverstone, Ferrari went even further by tripling the cuts. Two weeks later in Germany, Red Bull adopted a design close to that of Renault: two short slits, which in this case replaced part of the notches.

In Belgium, Haas addopted the configuration run by Ferrari in Barcelona. Over the course of the season, technical solutions converged, although Mercedes, Toro Rosso, Sauber and Williams retained the traditional taps.