In addition to the appearance of Monza's de facto low-downforce rear wings, the Italian Grand Prix was marked by the disqualification of the Haas of Romain Grosjean following a complaint lodged by the Renault team. On paper, it looked like a minor offense, but it concerned an essential area of today’s F1 cars.

THE BOTTOM LINE... AND CORNER

Haas and Renault are fighting for fourth place in the constructors’ standings. The performances of the RS18 and the VF-18 are very close, and each team carefully scrutinizes the evolution of their rivals’ car, on the lookout for an opportunity to copy... or an irregularity to denounce.

Two hours after the end of the race, Renault filed a complaint with the FIA against the Haas of Romain Grosjean for non-compliance with Article 3.7.1 of the technical regulations. According to item d) of this article, the two upper corners of the floor (i.e. the corners of the “splitter” or “T-tray“) must “have a 50 mm radius (+/-2 mm) on each front corner when viewed from directly beneath the car, this being applied after the surface has been defined”.

In other words, the corners cannot be square but should instead be slightly rounded. This is observed in the images below, which show the roundness of floors on the Ferrari and the Mercedes. 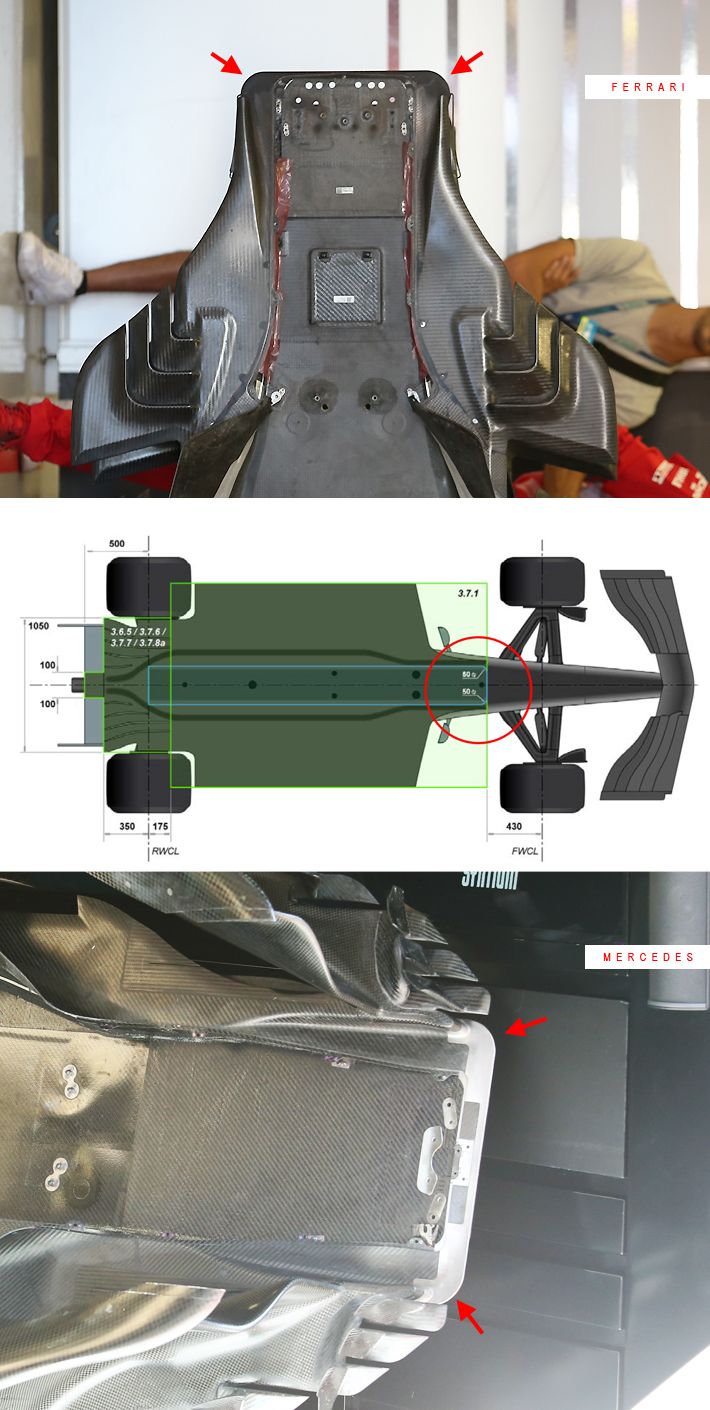 During the season, however, it appeared that all the teams had not interpreted Article 3.7.1 in the same way. This is why the FIA issued a technical directive (TD/033-18) on July 25 clarifying the regulations and asking the teams to put their floor in compliance for the Italian Grand Prix. 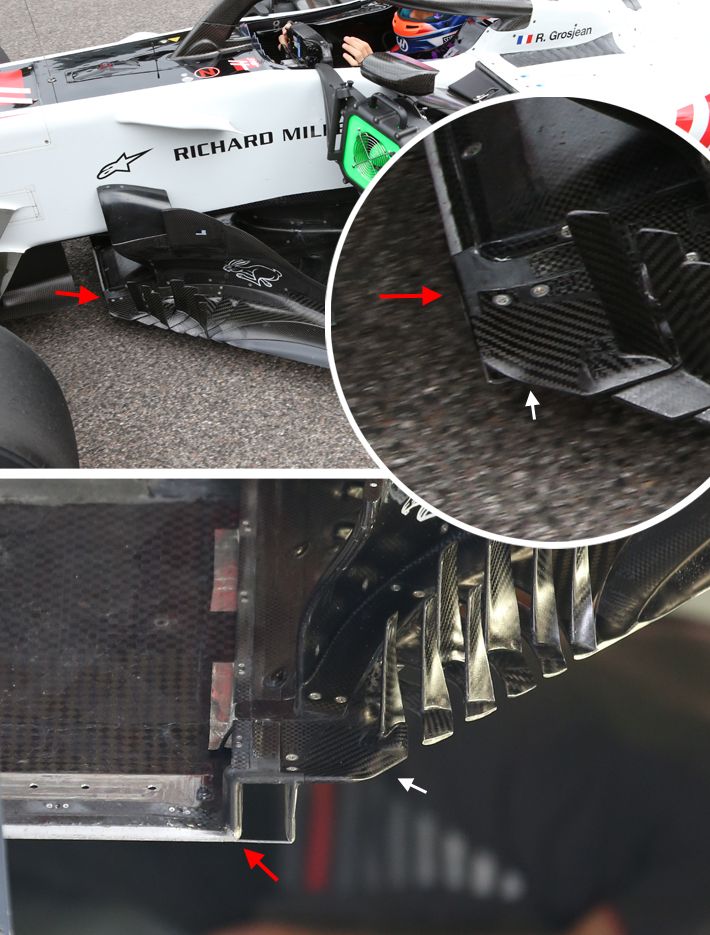 As we can see in the above image of the VF-18 taken at Monza, the corners of the “T-tray” itself are actually square (see the red arrows), and have been since an evolution introduced at the Canadian Grand Prix. A “bend” is certainly visible (white arrows), but is located on the “bargeboard“, not on the flat bottom stricto sensu, where the edges are straight. This was the bone of contention, and it involves a crucial part of the air flow under the car.

After the release of the directive, Haas asked the FIA for additional time to comply (until the Singapore Grand Prix), citing the summer break and the time it took for suppliers to produce new parts. Moreover, in its view, the Directive was ambiguous as to the definition of the “T-tray“, which made its application impossible. The team thus decided to race in Monza with the flat bottom that did not comply.

The stewards, however, felt that the directive was binding and that Haas had not respected it. They also motivated their decision by the fact that another team – also called into question – was able to get its "bottom" in order within the time limit. Haas decided to appeal the decision.