In this series of detailed technical images, F1i's Nicolas Carpentiers tells us which part of Haas VF-18 is 'American made' while also reviewing the many new technical innovations evaluated by Ferrari, whose development has followed a series of highs and lows, and by Mercedes.

The Haas VF18 and the Ferrari SF71H are close cousins. The US team uses a provision in the technical regulations that allows it to buy many parts for its chassis from Maranello.

The cars of Romain Grosjean and Kevin Magnussen are designed in Italy: it is sculpted in the wind tunnel of Maranello by Ben Agathangelou, a former Ferrari and Red Bull aerodynamicist, then assembled at Dallara's factory in Parma. Finally, it's run from England, at the Banbury base bought from Marussia.

According to Appendix 6 of the Sporting Regulations, a team must build the monocoque, the survival cell, the deformable structures (i.e, the nose sections and the rear crash structure attached to the gearbox, amongst other things), the roll hoops, the wings, the floor, the diffuser and the bodywork (that is to say, all the parts and surfaces that interact with the air flow).

In the case of Haas, it is Dallara who produces these elements, in its Italian factory. Eighty engineers are "rented" to the Italian manufacturer under the direction of technical boss Rob Taylor, who previously worked at Arrows, Ferrari, Jaguar, Red Bull, McLaren and Marussia. 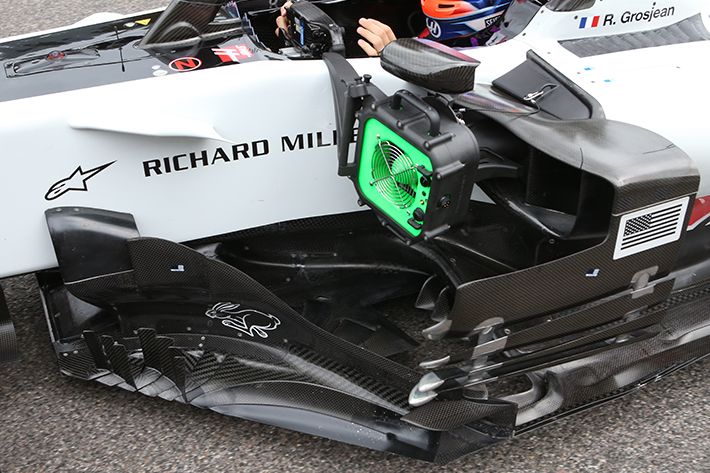 In this transcontinental puzzle, one piece is 100% American: the CFD (Computational Fluid Design) office, based in Kannapolis, North Carolina, in the same building as the NASCAR Stewart-Haas Racing team. Complimentary tools in the development of the aerodynamic shapes and forms, the CFD office and the wind tunnel (based in Maranello) are thus separated by the Atlantic Ocean, which is not ideal:

“The negatives are that we aren’t co-located with the aerodynamicists, would be the ideal situation, Haas F1 CFD aerodynamicist Charles Jenckes told Racer. But the positives are that we’re a key technology group that’s located in the U.S., which gives us a U.S. presence for the team where really the rest of the technical aspects of the team are not in the U.S. at all.

“We’re also changing the dynamics of our group to minimize the negative aspects and enhance the positives. For example, ideally, the aerodynamicists would be co-located with the CFD engineers, but we’re creating a level of automation for our process that minimizes the need for CFD engineers.

“So the U.S. group will predominantly be doing process advancements like working with turbulence models and working with coding to increase the efficiency of our CFD ops, as opposed to running cases for the aerodynamicists. We’ll no longer have people running cases – the aeros will run their own cases, so we’ve created a huge step in efficiency improvement.” 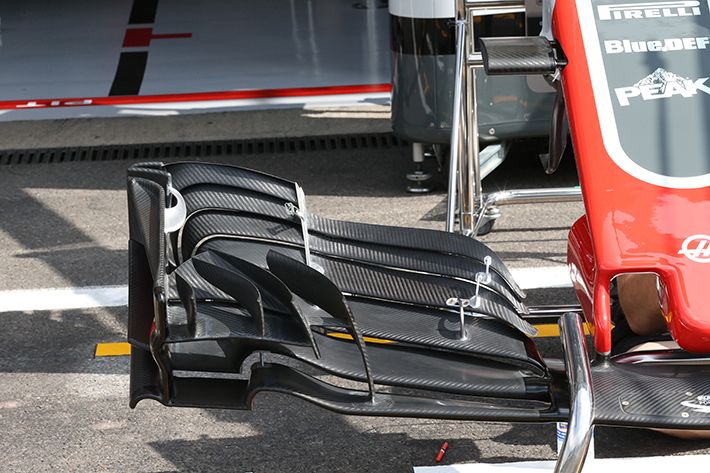 This all means that the physical separation requires very strict operational procedures, as pointed out by French engineer Rémy Saffar, an ex-Oreca man who previously created the CFD for the LMP1 project of the French manufacturer:

“The things we have to manage are our interactions with the engineers in Italy, where there is a time difference of six hours. It means sometimes the communication can be difficult, and that’s why we had to implement some strict processes and methods in order to avoid any miscommunications between the engineers there and us here. It has been a big challenge, but now it works pretty well and we are able to perfectly communicate through the processes that have been implemented here.”

Even though the team also profits from the (relative) proximity of US universities at the forefront of CFD research, the DNA of the Haas is, clearly, much more European than American.