Lewis Hamilton's mission in Mexico City will be to secure his sixth world crown, but to do so the Briton will need to outscore Mercedes teammate Valtteri Bottas by 14 points, plain and simple.

Next weekend's race will be Hamilton's first opportunity to seal the title, and the 34-year-old can achieve this feat in Mexico for the third year in succession with three races to spare.

But at the very minimum, Hamilton will need to finish on the podium next Sunday, a result beyond the top-3 will delay the title fight to the US Grand Prix in Austin.

In summary, if Hamilton wins, Bottas will need to finish P5 or lower for the Briton to be crowned.

However, Hamilton could secure the title if Bottas finishes P4 under the condition that he also secures a bonus point for the fastest race lap.

-If Hamilton finishes P2, he shall be crowned world champion if Bottas finishes P8 - and doesn't secure a bonus point for fastest lap - or lower. 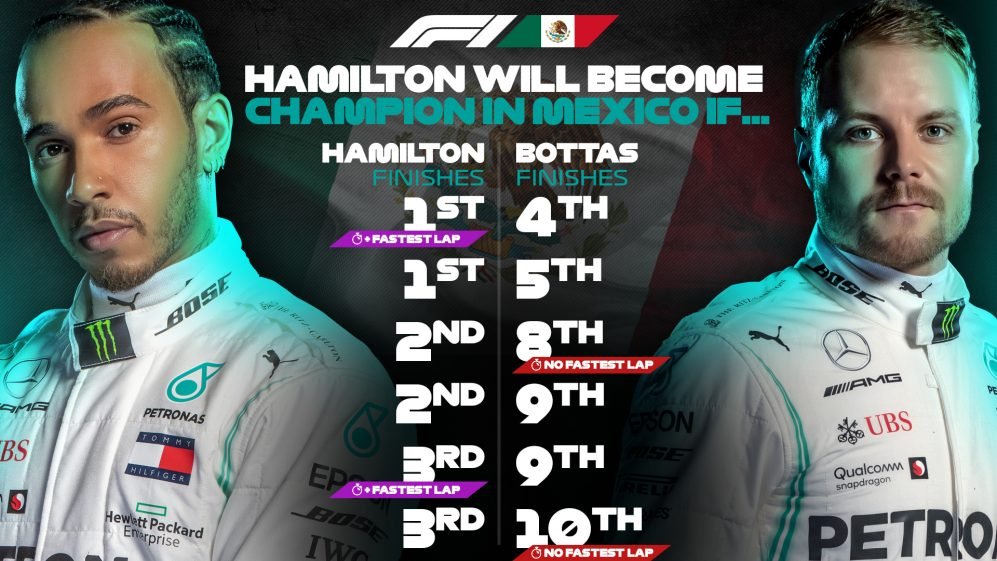 As one can see, the odds are heavily in favour of Hamilton surpassing next Sunday the five titles of the great Juan Manuel Fangio and putting himself just one championship short of Michael Schumacher's record seven titles.

Grosjean not keen on giving up seat to Kubica for FP1