In the fight between Mercedes and Ferrari, nothing is left out. The two top teams are constantly introducing updates, spurred on by each other's innovations and overall developments up and down the pitlane as they seek to pick up a few hundredths of a second here and there. And it's all done with an abundance of means, both absurd and sublime.

Only tested in free practice, a double pillar supporting the rear wing appeared on the Silver Arrow of Lewis Hamilton and Valtteri Bottas during the Russian Grand Prix.

The "swan neck" design of the pillars is clearly inspired by that introduced by Ferrari in 2017 (and retained by Haas and Sauber, whose cars are propelled by the Italian V6).

The gains of such an installation are essentially aerodynamic. The underside is the most critical area of a wing (it is the underside which is responsible for accelerating the airflow and creating a depression): any solution that can rid it of disruptive elements is therefore welcome. 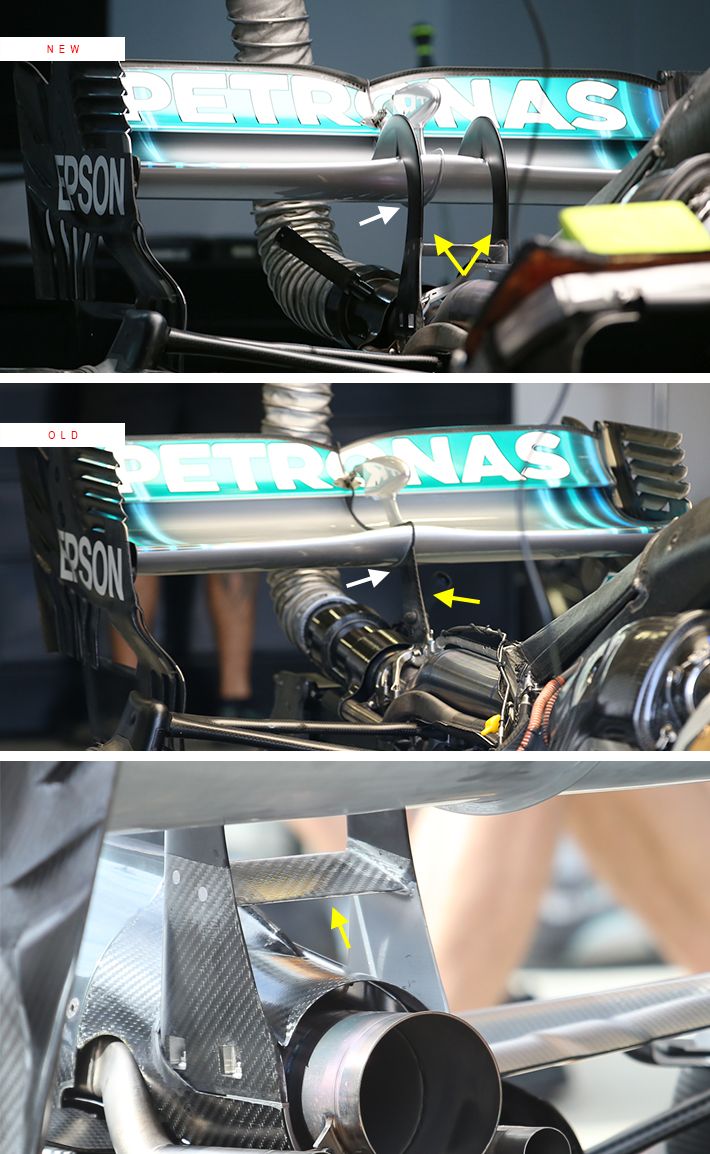 Among these disturbing elements is the single pillar. Indeed, it inevitably creates small turbulences in its wake, which can cause detachment of the airflow on the underside. One way to avoid this problem is to attach the pillar to the top of the wing and not to the bottom (that is, to hold the wing from the top instead of supporting it from below).

The aerodynamic load to support being important, two pillars are necessary in this configuration. This installation is probably a little heavier than the single pillar and enhances the centre of gravity. 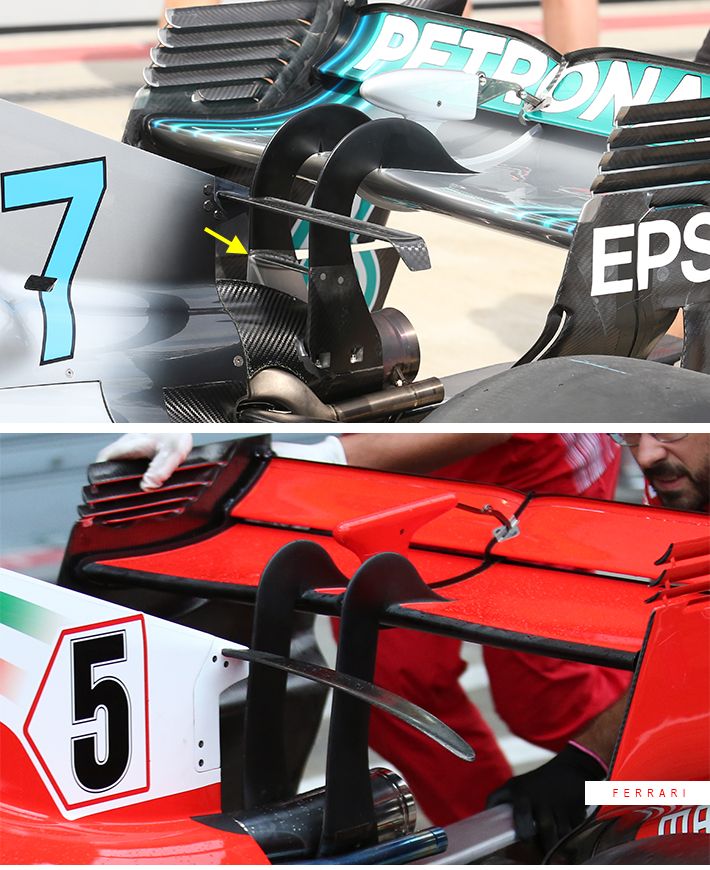 However, it has an aerodynamic advantage, since it frees up the underside of the wing, and particularly its central area (compare the white arrows). The airflow can thus flow in the centre of the pillars without encountering an obstacle, and interact with the flow of the exhaust gases. Mercedes aerodynamicists have placed between the two supports a winglet angled downward (see the yellow arrows), facing the exit of the muffler. One can also assume that this installation allows a little some aero elasticity.